He said there had been instances in the past where hearings were postponed at the Court of Appeal or Federal Court due to various factors caused by Covid-19, which included infections in prisons and travel restrictions due to the movement control order.

“The virtual criminal appeal hearing system will allow cases with specific urgency to be heard.

“It is an effective way to dispose of cases in a safe and speedy manner without compromising criminal justice, ” he said.

Salim explained that the urgency of a case is determined based on various factors, which include young offenders, public interest, prison sentences that are nearing their end, and “cases where justice demands earlier disposal of its appeal”.

However, Salim noted that the virtual criminal appeal hearing system is still at its infancy stage.

“We have not really had an opportunity to analyse and receive sufficient feedback on any of its weaknesses.

“Regardless of the protocols employed, it should never compromise the criminal justice system, ” he said.

Salim explained that under the virtual criminal appeal hearing system, a request for an online appeal must be made by parties and must be agreed to by appellants.

“The feasibility of such virtual proceedings are calculated based on various factors and issues, before a virtual criminal appeal hearing is allowed by the court.

“The determination largely depends on internet connectivity and participation of lawyers and unrepresented appellants to canvass their appeals without hindrance.

“While both lawyers and prosecutors can be at their office or a place of convenience, the appellants can participate through online systems from prisons, ” he said.

According to the Federal Courts’ Chief Registrar’s Office, virtual criminal appeal proceedings will only be used for prisoners who are represented by lawyers or unrepresented and are currently serving their sentence in prison.

It added that priority for such hearings will be given to prisoners who are nearing their sentence terms, child offenders, underage offenders, cases with public interest and other cases which the courts decide fit to do so.

The Court of Appeal first heard civil cases via live-streaming beginning last April due to the MCO. 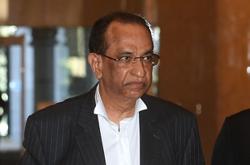