KUALA LUMPUR: Tan Sri Muhyiddin Yassin says the declaration of Emergency in the country was an appropriate move taken in response to a major health crisis and had nothing to with politics.

The Prime Minister said the emergency was not to enable him

to hold on to the post of Prime Minister, but to ensure that the Covid-19 pandemic could be managed effectively and speedily.

He gave an assurance that the Emergency would be lifted earlier than its scheduled end of Aug 1 if the pandemic could be contained and the country was deemed safe from the virus.

“... if we can settle it early (and) the independent special committee that was set up says it can be done (lifted), I will just follow that.

“We also do not want to be restricted by such a regulation forever, ” he said in a special interview at his residence in Bukit Damansara here in conjunction with his first anniversary as Prime Minister.

Muhyiddin said via the Emergency Ordinance, the government could propose amendments to certain Acts or enact new regulations in the form of ordinances without having to go through Parliament, which would take a long time.

“So, I would like to say that this does not mean the Emergency is to enable me to hold the prime minister’s post for a long time.

“I also don’t know which party now has more seats than me; previously there was an attempt to show (the numbers) but it was not proven.“I am confident that I have big support. I am convinced that my position is constitutionally right and legal. I cannot sit as an illegitimate prime minister. I do my work properly, so I’m not worried about that.

“But the declaration of Emergency was not a question of politics. Some politicians view it as political, (but) no.

“Politics should not be used for an Emergency, but this Covid-19 requires (the declaration of) an Emergency. So I hope the people understand that it was not due to the fear of not getting a majority in Parliament, ” he added.

The Prime Minister said the 15th general election would be held at a suitable time as the current priority is to overcome the Covid-19 threat.

“The important thing is that we settle this (Covid-19) first. When we are done with it, I don’t want to

wait even a day (to hold elections), ” he said.

The first Covid-19 case was reported in Malaysia on Jan 25 last year with the first wave involving imported cases, while the second wave struck at the end of February the same year.

There was a spike in Covid-19 cases during the third wave which occurred in September last year after the Sabah state elections.

After the daily positive cases surged from double digits to thousands, the Prime Minister advised the Yang di-Pertuan Agong to declare an Emergency.

On Jan 12, Al-Sultan Abdullah Ri’ayatuddin Al-Mustafa Billah Shah declared the Proclamation of Emergency, which will be in force until Aug 1.

It is a proactive measure to curb the spread of Covid-19 and will be lifted earlier if the number of Covid-19 cases can be effectively controlled and reduced.

Sultan Abdullah also consented to the government’s proposal to set up the independent special committee to advise him accordingly if the Emergency can be ended earlier. — Bernama 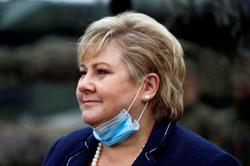