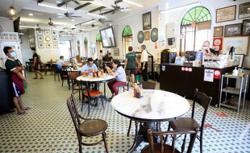 PETALING JAYA: Although the increased fine of RM10,000 has been described as too harsh by some, the Malaysian Public Health Physicians Association says there is no other way to deter irresponsible behaviour.

Its president Datuk Dr Zainal Ariffin Omar said the increased fine will help to ensure that the SOP is fully adhered to.

“It will help curb the spread of Covid-19. It is important for us all to adhere to the SOP.

“If we need to go anywhere, we should make sure we follow the SOP. That’s how we prevent ourselves from being fined, ” he said.

Datuk Ameer Ali Mydin, vice-president of the Malaysian Retailers Association, however said the government should reconsider the move.

“Already we have an ever-changing SOP which is causing confusion. The idea is to deter people from breaking the SOP, not make them scared, ” he said.

He said the main aim should be balancing lives and livelihood.

“The government could be at the loss in the long run if the new norm drags on, ” he said yesterday.

“Then the enforcers will know who the repeat offenders are and they will eventually be given the heaviest fine. It is fairer that way.

“Humans tend to forget. Honest mistakes or unintentional circumstances happen to everyone from time to time.

“The heavy fines may affect some who are genuinely innocent, ” he said, adding that creating awareness of the SOP is still key.

“People will fear going out, and their spending less will not be good for our economy, ” he said.

Although he agreed that the higher fine would act as a deterrent, enforcement must be fair to all, including those in higher positions.

“If lawmakers lead by example and show people that the law is fair to everyone, more will respect and follow it, ” he said.

Malaysian Muslim Restaurant Owners Association president Datuk Jawahar Ali Taib Khan said enforcement officers must do their job fairly, adding that there should be no abuse.

He feels that the existing RM1,000 fine is already good enough. 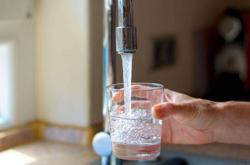