No such ruling on ‘from same house in car’ 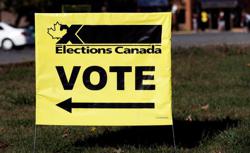 For the record: Ismail Sabri holding a briefing for the media. — Bernama

PUTRAJAYA: There is no ruling that those travelling in a vehicle have to come from the same house or have the same address stated in their identification documents, says Datuk Seri Ismail Sabri Yaakob.

The Senior Minister said when the lockdown was first enforced, the ruling was that only two persons from a single household could go out.

When the conditional and recovery MCO were put in place, the government allowed passengers according to the capacity of the car, he said.

“When we started to allow the same in MCO states, we made it clear that the number of passengers is based on the car’s capacity.

“We did not say that passengers have to come from the same address, ” he told a press briefing yesterday.

Ismail Sabri was commenting on claims that some drivers had been compounded for ferrying others who were not from the same house or address.

He also said parents who send their children to school in different districts or states only need to show letters issued by the school at police roadblocks, adding that they need not get police permission for this purpose.

“The technical committee on the MCO has agreed that police permission is not needed when travelling for this purpose. Parents can just show the letter issued by schools on their children’s enrolment to the police manning roadblocks, ” he said.

He also announced that meetings, incentives, conferencing and exhibition (MICE) activities in MCO states would be allowed from March 5, with the standard operating procedure on attendance and participation to be followed by those involved.

The Tourism, Culture and Arts Ministry had reported that revenue from the MICE industry for 2020 had plummeted to RM2.25bil, a 90% reduction in revenue compared to 2019 when the business contributed RM9.25bil to the economy.

More than 5,000 workers in the industry have been laid off and those in the business are facing the threat of having to close down.

States that are still under the MCO until March 4 are Penang, Selangor, Kuala Lumpur and Johor.

The SOP, among others, stipulates that only 25% of the premises’ capacity or a maximum of 250 people, whichever is lower, can attend meetings.