AG's role should be reformed to ensure independence of judiciary and freedom of speech, says MCA 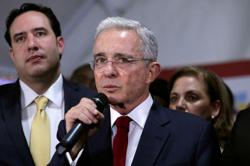 GEORGE TOWN: The role of the Attorney General (AG) should be reformed to ensure the independence of the judiciary and freedom of speech, says MCA.

The structural changes should include dividing the AG’s role, as both government legal adviser and public prosecutor, along with appointing suitable candidates for these positions, said the party's civil society movement coordination bureau chairman Ng Kian Nam.

Ng said this call to the government follows the RM500,000 fine imposed on news portal Malaysiakini, which was found guilty of contempt of court over readers’ comments that criticised the judiciary, in an article last year.

“We are concerned the decision by the Federal Court may set a dangerous precedent in exploiting contempt of court privileges to suppress freedom of speech and public feedback on social media platforms online," he said in a statement on Sunday (Feb 21).

Ng added that defamation laws would have been more suitable, instead of using the contempt of court provisions in the case.

“I believe that the most controversial issue involved in the Federal Court that dealt with the Malaysiakini suit is the privilege of using contempt of court, which is rarely invoked by Malaysian courts.

“This legal procedure is only mentioned in Order 52 of the Rules of Court 2012.

"It does not have an explicit threshold of conviction like the defamation law, and it is generally only used as a means of control in some ongoing cases in which any party is in an open court, ” he said.

Ng added that any judgement by the judiciary must keep pace with the times, the new era, and cannot stagnate.

In a 6-1 majority decision on Feb 19, the Federal Court held that the online portal had failed to cast reasonable doubt on the allegation and failed on the balance of probabilities in the case against the portal.

The apex court, however, found that its editor-in-chief Steven Gan was not liable of contempt. 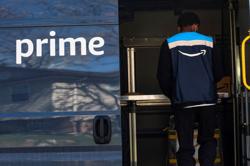