Blooming business: Lam putting the finishing touches on the bouquets for Valentine’s Day at her shop in George Town. — ZAINUDIN AHAD/The Star

GEORGE TOWN: Fresh blooms are synonymous with Valentine’s Day as people show their affection for each other, and this year was no different despite the movement control order.

“I did not expect business to be good this year.

“Usually when Valentine’s Day falls on a weekend or during the Chinese New Year break, there are fewer orders as people like to send bouquets to offices to surprise their partner.

“People like public displays of affection and work days allow for that.

“As it was a Sunday and during the Chinese New Year break, I had expected less orders, ” she said at her shop in Rangoon Road here on Sunday.

Lam said she started receiving orders as early as January.

“I am unsure if the orders were from other states, as they just messaged me their requests and transfered the money.

“Imported roses, especially the dyed ones from Ecuador were in high demand.

“Since the past few years, people seem to prefer imported flowers over teddy bears.

“The trend is for half a dozen roses and customised, as many don’t seem to go for the ready-made ones, ” she said.

She noted that flowers were slightly costlier this year due to suppliers hiking their prices.

Florist Adren Ong who has been in the business for over two decades, said there was an 80% to 90% drop in orders this year.

“I believe it is due to the MCO and economy being unstable.

“People are careful with their money and most are staying home as there are not many places to go out and celebrate, ” he said at his shop in Siam Road.

Ong said many called him with their budget, and he would recommend the type of flowers and bouquet size accordingly.

“As people are afraid to come out during the pandemic, they requested for delivery.

“There is a demand for chamomile flowers this year and we did get an order for a large bouquet with chamomile which costs over RM400.

“Tulips are also popular because of the rich colours.

“We had also prepared small bouquets for walk-in customers, ” he said. 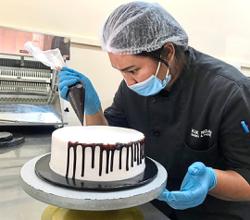 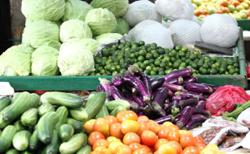