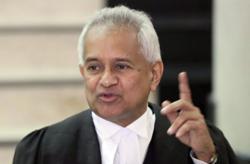 The former prime minister's lawyer Tan Sri Muhammad Shafee Abdullah told the press that a contempt application would most probably be filed this week.

"The defamation suit is definite, the contempt application will (most probably) be filed this week.

"We have to give him (Thomas) a show-cause first," he said outside the Kuala Lumpur Court Complex here after the 1Malaysia Development Bhd (1MDB) trial on Tuesday (Feb 16).

On Feb 2, Najib had earlier sent Thomas a letter of demand (LOD) demanding an apology and RM10mil in damages over allegations against him contained in the book entitled "My Story: Justice in the Wilderness".

Thomas had responded to the LOD and denied defaming Najib.

Shafee said his client had never been prosecuted in the 2006 murder of Mongolian Altantuya Shaariibuu but Thomas' statement in his memoir had insinuated that Najib was involved.

He added that Thomas had disrespected the court by commenting on a case that had been decided upon up to the Federal Court level.

"Now it is up to him (Thomas) to prove that my client instructed the murder.

"This is a direct attack on the judiciary. If you say something that questions the credibility of the court, that is scandalising the court," Shafee said. 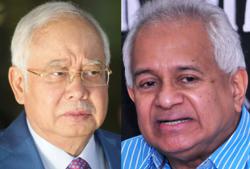 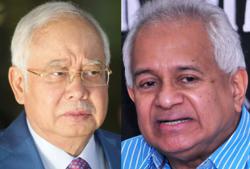