Hate’s on a high 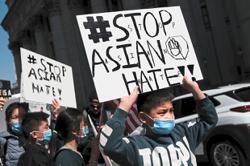 CHINA has finally been vindicated, courtesy of the World Health Organization’s announcement that it’s “extremely unlikely” the virus originated from a lab in the city of Wuhan.

That should put an end to the incessant wild accusations and conspiracy theories that the virus was created in some secret laboratory owned by the Communist Party of China.

For some reason, the Communist party link has always been mentioned in the same breath to give credence to the claim of Chinese involvement.

That’s how some Western politicians – notably former US President Donald Trump – and the international media have been drumming up the rhetoric. If it’s not identified as the China virus, then it’s the Kung Fu virus.

On Wednesday, Peter Ben Embarek, the head of the WHO mission, said it was “extremely unlikely” that the virus leaked from a lab in Wuhan and said more work was needed to identify the source of the virus.

The WHO team is currently wrapping up its investigative mission.

Dr Embarek told a press conference the investigation had uncovered new information but nothing has dramatically changed the picture of the outbreak. Experts believe the virus is likely to have originated in animals before spreading to humans, but they’re not sure how.

He said work to identify the origins of Covid-19 pointed to a “natural reservoir” in bats, but it was unlikely this happened in Wuhan.

Experts also said there was “no indication” the virus was circulating in Wuhan before the first official cases were recorded there in December 2019.

Basically, the report has now called for further investigations into the possibility of “cold chain” transmission, meaning the virus hitched a ride on frozen food during transport.

This means it could be from imported food, possibly beef, as is now speculated.

We must also commend US President Joe Biden for banning references to Covid-19 by geographical location after the hysterical xenophobia conjured by some politicians in the US and Europe has led to fury and blinding prejudice against Chinese-looking Asians.

"Inflammatory and xenophobic rhetoric has put Asian- American and Pacific Islander (AAPI) persons, families, communities, and businesses at risk," Biden said in a recent memorandum, which was part of a series of executive orders regarding racial equity and civil rights in the country.

"The Federal Government must recognise that it has played a role in furthering these xenophobic sentiments through the actions of political leaders, including references to the Covid-19 pandemic by the geographic location of its origin," he said.

"Such statements have stoked unfounded fears and perpetuated stigma about Asian Americans and Pacific Islanders and have contributed to increasing rates of bullying, harassment, and hate crimes against AAPI persons."

CNN reported that there have been more than 800 cases of anti-Asian hate incidents in California.

It reported several unprovoked attacks on elderly Asian Americans. At least three in the Bay Area were recorded in graphic detail in the past few days, raising concern about anti-Asian bias resulting from the Covid-19 pandemic.

The ultimate tragedy befell an 84-year-old Thai in San Francisco. Vicha Ratanapakdee was out on a morning walk on Jan 28 when he was attacked without warning and died from his injuries. According to San Francisco District Attorney Chesa Boudin, a 19-year-old man has been arrested on suspicion of murder and elder abuse.

Even Malaysians and Singaporeans haven’t been spared, with numerous cases of assault in London.

On his Instagram post on Oct 30, Ng said the assault happened while he was walking home from lunch.

“This random guy just came up and punched me in my face. I’m guessing it’s probably Covid-racism related, which is really really sh*tty. Good thing he wasn’t a great fighter, ” Ng, 29, said, pointing to his bleeding lip and bruised chin.

When Ng asked the man why he hit him, the perpetrator replied: “You know what you did.”

Ng believes he was a victim of racial abuse.

Asians in the US and Europe have a heightened sense of awareness because of rising anti-Asian bigotry, which has become more prominent since the world first learned of a new illness in Wuhan.

“It’s absolutely tragic, and unfortunately this has been a trend we’ve seen over this past year, with respect to anti-Asian violence, and a lot of it stemming from rhetoric that we have seen related to the coronavirus, ” said John C. Yang, the president and executive director of the civil rights organisation Asian Americans Advancing Justice.

Asian school children have reportedly been bullied by their ignorant classmates who heckled them to “go back to China.” It won’t be surprising if these kids learned this behaviour at home from their parents.

China bashing and demonisation has busted the sickening scale. It’s bereft of all sense of humanity.

However, no one’s saying China is an angel, and certainly, the country has much to improve upon, including its many institutions such as the legal system, media and civil society.

Labelling the Hong Kong protestors as beacons of democracy and heroes for breaking into the legislative council building, but then calling the pro-Trump supporters as terrorists and insurgents for the same behaviour at Capitol Hill, seems to be at odds with the concept of fair play.

Closing an eye to atrocious human violations in some ally countries in the Middle East but jumping to condemn China in the name of defending democratic values, is surely something for us to ponder.

All said though, cooking up allegations is just not cricket. 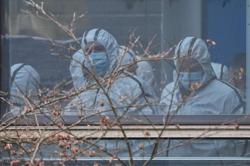