KOTA KINABALU: A 37-year-old man who was seen arguing with a policeman in a viral video on social media has been arrested.

The suspect, who had recorded the video of his verbal stand-off at Taman Semarak, Tawau, was detained at about 8.20am on Saturday.

Tawau OCPD Asst Comm Peter Umbuas said the man continued to be provocative at the police station and refused to hand over his mobile phone for inspection.

The suspect was being investigated for disobeying a police order under the Penal Code, disorderly conduct under the Police Act, and failing to produce an identity card as well as other offences under the Sabah Minor Offences Ordinance, ACP Peter said.

The police seized a mobile phone and Perodua Myvi car from the suspect, who has a record for brushes with the law in 2014 and 2016, he added.

ACP Peter said the incident occurred when officers from the police force and other agencies, including Rela, were carrying out SOP monitoring at Taman Semarak.

A policeman had noticed the suspect tailing the team in a car, holding his mobile phone, moving freely despite the movement control order.

On being asked for his identity card, the suspect allegedly refused to cooperate and acted aggressively.

ACP Peter confirmed that a video circulating on social media was linked to the police arrest of the suspect in Taman Semarak. 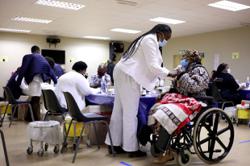