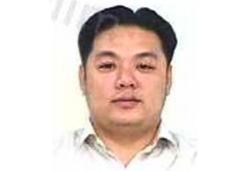 PETALING JAYA: The Inland Revenue Board (LHDN) has filed a RM68mil claim against Low Taek Jho's right-hand man Eric Tan Kim Loong for tax arrears from 2010 to 2013, reports The Edge.

The business news outlet reported that the application was filed at the High Court in Kuala Lumpur on Jan 15, with Tan solely named as the defendant.

The report said that his identity card number in the suit matches that of a police notice issued against him.

It added that case management of the case was due on Monday (Feb 8), but neither Tan nor his lawyer had yet to enter an appearance.

Tan, who was the front for Low - also known as Jho Low - in all his banking transactions involving billions of ringgit from 1Malaysia Development Berhad, is a family friend and business partner to Jho Low’s siblings.

He was identified as a signatory for numerous bank accounts in Singapore, on which money from 1MDB accounts were laundered.

The accounts were RBS Coutts Bank and Falcon Bank.

Tan has been a wanted man, together with businessman Low since October 2016.

In June 2018, the Malaysian Anti-Corruption Commission (MACC) released a photofit of Tan, together with three others as those wanted to facilitate investigations in connection with 1MDB.