SEREMBAN: Four individuals have been charged with killing a man by splashing acid on him, two with murder and two others with abetting the crime.

The four were charged at two Magistrate's Courts here on Thursday (Feb 4).

No plea was recorded from Mohd Fitri Zan, 24, and Mohd Zairizan Zainal, 40, after the murder charge was read to them before Magistrate Mahyun Yusof.

The two were charged with killing Tong Wai Sin, 43, on Jan 23 around 3am at the victim's house in Pulai Villa in Sikamat near here.

They were charged under Section 302 of the Penal Code, read together with Section 34 of the same Code, which carries the death penalty upon conviction.

Zairizan claimed trial to another charge of stealing a motorcycle under section 379A of the Penal Code for theft, which provides a jail sentence of between one and seven years, a fine, or both.

At a separate court, Mohammad Hairul Fazley, 19, and a 15-year-old boy were charged with abetting the murder.

No plea was recorded from them.

They were charged under Section 109A and Section 302 of the Penal Code, read together with Section 34 of the same legislation.

Offenders can be punished with the death sentence upon conviction.

The juvenile was unrepresented while Hafizah Zainul Hashimi prosecuted.

Prior to this, police had detained seven suspects during the investigation.

The victim, who sustained 30% burns over his body, died on Jan 28 while receiving treatment at the Tuanku Ja'afar Hospital. 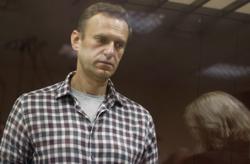