The 5MY programme for the urban poor, which has already been implemented by the Federal Territories Ministry, is separated into five sections: MYJobs@Wilayah, MYGrocer@Wilayah, MYSchoolBus @Wilayah, MYMedic@Wilayah and MYFood@Wilayah.

In 2020, over 35,000 people and heads of households as well as 331 low-cost housing in Kuala Lumpur received direct assistance under the 5MY programme.

“The government is continuing its efforts to reduce the cost of living and provide social protection programmes that are comprehensive to ensure that the poor and those with low income are not left behind in our nation building, ” said Tan Sri Muhyiddin Yassin (pic) in his speech in conjunction with FT Day today.

With the National Income Poverty Line rising to RM2,208, Muhyiddin said more than 400,000 households fell below the poverty line.

“As at December 2020, Socso statistics showed that 6,805 people lost their jobs in December.

“To combat this, the Federal Territories Ministry, via MYJobs@Wilayah, has prepared 3,259 jobs in the capital, 28% more than the original target. This initiative involves several sectors and industries, ” he said.

MySchoolBus@Wilayah, he said, had also helped 9,704 students in 67 low-cost housing areas while the MYMedic@Wilayah programme offered free medical services to the poor in low-cost housing in Kuala Lumpur.

The MYGrocer@Wilayah has serviced 30 locations in Kuala Lumpur with its moving market concept. Goods sold under the programme are around 5% to 20% cheaper than those in regular markets.

Muhyiddin also said the ministry would be issuing 5,750 rice sacks a week for free to B40 families in Kuala Lumpur, Putrajaya and Labuan.

“To improve on these initiatives, I have been informed that the ministry will increase its efforts to review aid receivers so that eligible individuals are not left out, ” he added.

He also urged the public to celebrate the multiracial and cultural aspect of the country as a basis to unite Malaysians.

“This is the goal we have stated in the Shared Prosperity Vision 2030, ” he said. 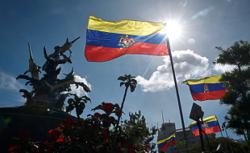