In 2020, Socso held 12 large-scale job carnivals, where candidates were interviewed by company representatives to fill vacancies in their organisations.

The programme offered financial incentives of between RM600 and RM1,000 to employers for each worker employed for up to six months. Since its launch, almost 160,000 unemployed Malaysians have managed to find a job.

According to Human Resources Minister Datuk Seri M. Saravanan, the 2021 version includes an allocation of RM2bil under Budget 2021, as well as new and improved incentives.

With PenjanaKerjaya 2.0, employers may now apply for up to RM6,000 per person per month, for up to six months, when hiring new employees or apprentices.

Employers may also apply for training courses with fees from RM4,000 to RM7,000 to upskill or reskill the newly-hired individuals under this initiative.

Those eligible to apply for the hiring incentives include all employers from all industries registered with the Social Security Organisation (Socso), the Companies Commission of Malaysia, or other authorities such as the Registry of Societies, Registrar of Companies and local authorities.

Meanwhile, the Apprenticeship Programme under the Human Resources Ministry (through Socso) provides a short-term, but full-time working experience for youths for a period of three months, with the objective of increasing knowledge and skills while enhancing their employability.

There is a RM1,000 incentive for employers who hire school leavers or fresh graduates under the Apprenticeship Programme, with payment of up to three months with a condition that the minimum period of employment is three months, and monthly salary/allowances are of a minimum RM1,200.

Job seekers and apprentices who have to relocate for their jobs are eligible for a one-off mobility assistance payment of RM500 if the job is less than 100km from their home and RM1,000 if it is more than 100km.

Last year, 12 large-scale job carnivals were organised by Socso, where candidates were interviewed by company representatives to fill vacancies in their organisations.

“While looking for opportunities to make a difference in the community, we collaborated with Socso and participated in their virtual career fairs designed for and targeted at retrenched individuals, ” said Vinnie Raviraj, SRG Asia Pacific Sdn Bhd senior director of human resources and talent acquisition.

“To ascertain the best-fit jobs for the impacted group, we studied their competency levels, extended our expertise on career advice and job opportunities. Placements on mutual terms were carried out successfully to support this segment.”

SRG Asia Pacific is a global business service company with MSC status in Malaysia that provides solutions and services such as the outsourcing of human resource, IT, and business and knowledge processes. Apprenticeship programmes like PenjanaKerjaya are highly beneficial to a young workforce during such challenging times, said Vinnie.

Vinnie said the incentives provided by Socso helped in enhancing the SRG Asia Pacific's infrastructure, especially with essential technology and tools required during this time. The Penjana launch, together with SRG’s own growth plans, were complemented by this new infrastructure and provided employment opportunities to over 100 retrenched/jobless people in the last five months.

“The scheme also elevated the livelihoods of the retrenched since the company was able to sustain and maintain the salary grades and, in some cases, upgrade on a need basis, as this was aligned with the Government’s effort to stimulate the country’s economic growth.”

Vinnie added that apprenticeship programmes like PenjanaKerjaya are highly beneficial to a young workforce during such challenging times.

“It provides an alternative avenue to seek employment, allows young talents to explore roles in vital divisions of an organisation, and enables them to make appropriate decisions in their career options.”

She said that working with Socso has been an eye-opener on many levels.

“Socso is always open to ideas and feedback, ever willing to rework the dynamics to meet the programme’s objective.

“There were minor technological hurdles during the initial days. However, these were quickly rectified, making the process coherent and smooth. Monthly pay-outs are well structured, timely and hassle-free. It has been professional, competent and swift!

“Closed borders meant we couldn’t bring in new foreign workers or even the many of our existing migrant workers who had gone home for the holidays and were eager to continue their tenure with SDP.

“Given this setback, the company increased its efforts to recruit more local workers, an initiative that SDP has been pushing to the forefront for several years.” Zulkifli said that with PenjanaKerjaya, employers have access to job applicants’ database that helps them fill vacancies.

According to Zulkifli, the PenjanaKerjaya programme has helped SDP boost its efforts through the #HireMalaysia and Mobility Assistance incentives.

In addition to this, it has also given employers like Sime Darby Plantation better access to an applicants’ database that has helped the company fill multiple vacancies within its organisation.

“Between January and December 2020, we managed to hire 1,622 new local employees. This includes those who were recruited directly by our operating units through advertisements and engagements with local communities, in addition to the database provided by Socso.

“To ensure we reached out to people from all walks of life, we collaborated with various government agencies, including the Labour Department, Socso, and the Department of Orang Asli.

“These collaborations contributed to around 31% of our total new local hires for 2020. In our recruitment drive, we set up several engagement platforms to enable applicants to reach us with ease. Among these were walk-in interviews, roadshows, and visits to Orang Asli villages and longhouses deep in Sarawak's rural areas, ” said Zulkifli.

Socso also encourages job seekers who take up jobs that are commonly dependant on foreign workers to grab the opportunity by applying jobs via MYFutureJobs provided through PenjanaKerjaya 2.0 considering that there would be an additional RM500 top up (minimum) and RM2,000 maximum on top up of the salary being offered by the employers. This top up, which is an incentive for localizing such occupations will be paid directly to the employee.

Micron Technology, an industry leader in innovative memory and storage solutions, believes enterprises have a huge role to play in shaping up industry-relevant talents.

“Malaysia 5.0 will create a human-centred workforce whereby everyone will be empowered with digital skills to reengineer their experience, with diversity, equality and inclusion as cornerstones, ” said Moorthy Murugaiah, country director for human resources at Micron Malaysia. ‘The Penjana scheme assists Micron in sourcing for talent by expanding our candidate pools through the Socso website,’ said Moorthy.

As the fourth largest semiconductor company in the world, Micron has had a presence in Muar, Johor, since 2010 and has more than 2,000 employees in Muar and Penang.

Micron is increasing its presence in Malaysia with a new greenfield location in Batu Kawan Industrial Park in Penang. With completion of the new site expected in 2021, it will create over 1,000 new jobs over the next five years.

To support the Malaysian community, Micron is working with Socso through the PenjanaKerjaya scheme.

“Micron has engaged with certified trainers for upskilling and training to ensure employees are upgrading their skills. The Penjana scheme also assists Micron in sourcing for talent by expanding our candidate pools through the Socso website, ” said Moorthy.

“Under the scheme, mobility allowances are available for eligible employees, providing a good opportunity for us to leverage on talents outside of Penang. Currently, we have about 150 employees eligible for the scheme.

“Moving forward, Micron is exploring an apprentice programme in collaboration with the Human Resource Development Fund to increase employment prospects for jobseekers and the unemployed.”

Micron test technician Muralidar Sugumaran commented: “I was unemployed for eight months prior to joining Micron. The Penjana training has helped me better understand my new role and its responsibilities. I am now able to engage with the work environment and people more meaningfully and have discovered a platform of opportunities to learn and develop more skills.”

Noor Faizah Aziz, quality control operators at Micron, concurred: “I have noticed improvements in my productivity after participating in the Penjana training. I am now a lot more confident in my problem-solving as well as decision-making skills. It has been five months since I first joined Micron in Penang, and I am happy learning about the systems in place and working with teammates who are open to listening and sharing ideas with me.”

In late December, The Star reported that almost 150,000 job seekers, including fresh graduates, school leavers, and the recently unemployed, found placings with 47,000 employers nationwide thanks to PenjanaKerjaya.

Until Dec 23,2020, RM160.66mil had been allocated to companies which recruited new staff under the programme.

For more information, call the Socso customer service hotline (03-8091 5300/ 1-300-22-8000) or email penjanakerjaya@perkeso.gov.my. The full list of training courses available can be viewed at www.myfuturejobs.gov.my/list-of-training-providers and penjanakerjaya.perkeso.gov.my. 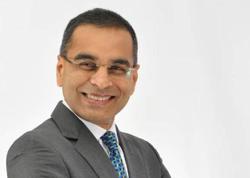