Ismail Sabri: Condo Covid-19 tests only allowed for foreigners, does not apply to M'sians

PUTRAJAYA: The government has clarified that the management of condominiums or apartments can ask that residents or tenants who are foreigners undergo Covid-19 tests before letting them enter their units.

Senior Minister Datuk Seri Ismail Sabri Yaakob, however, said this does not apply to local residents.

He said the matter needed to be clarified as the issue had gone viral and caused confusion among many, including politicians.

“There are politicians who tried to manipulate my answer. In fact, certain associations had come up with statements because of the inaccurate information.

“I would like to explain that this only involves foreigners who reside in condominiums or apartments and not residents who are Malaysian citizens.

“In fact, I had also explained that there is no policy from the National Security Council stating that those who want to enter condominiums or residential areas are required to do a swab test first, ” he said Friday (Jan 29).

However, Ismail Sabri said that the government had no problem if the management of condominiums or housing areas wanted to impose such regulation on foreign tenants to look after the safety of their area.

“All this depends on the management, ” he added.

Ismail Sabri further explained that condominiums and apartments are private areas in which the management can impose regulations for the area, including preventing visitors from entering.

He cited an example where in Sarawak, there are longhouses that do not allow outsiders to come in to protect the safety of the residents.

On Thursday (Jan 28), Ismail Sabri was asked to comment on a move by certain condominium managements who had directed tenants, especially foreigners, to do a swab test and send over the results, failing which they will not be allowed to enter their units. 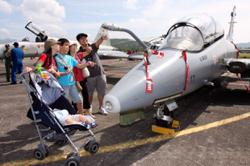