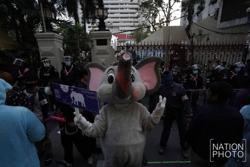 The animals have been roaming around the area since November last year.

He said the department responded to complaints from villagers about a herd of elephants roaming around the village and had encroached on their rubber smallholdings.

"All the wild elephants are female and are part of a herd located in the Sokor Taku Forest Reserve, near the village.

"The elephants are believed to have come out of the forest reserve in search of food at the village, ” he said in a statement on Wednesday (Jan 27).

He added that the capture of the elephants brought relief to the villagers in Kampung Kuala Tiga, Kampung Air Kerla, Kampung Bukit Capong and Kampung Air Resom and the surrounding areas.

"In addition, it will avert continuous losses suffered by villagers due to the destruction of their crops by elephants, ” he said.

Ady Ermanty said the elephants would be transferred and released at Taman Negara at the earliest opportunity with the help of the Kuala Gandah National Elephant Conservation Centre, Lanchang, Pahang.- Bernama 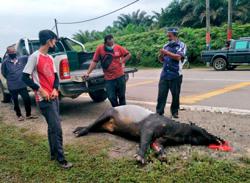