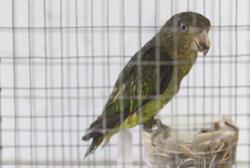 JOHOR BARU: Marine police here seized some RM80,000 worth of fireworks believed to be for Chinese New Year during a raid at Tamah Skudai Indah 2 on Saturday (Jan 23).

Marine Police Region II commander Asst Comm Muhd Zailani Abdullah said that the raid took place at about 4.30pm on Saturday following a tip-off from the public about the storage of the fireworks.

“The marine police were conducting Ops Benteng Covid-Landai when they received the tip-off and rushed to the scene.

“Upon inspection of a lorry parked in front of the house that was being raided, we found some 43 boxes containing a variety of fireworks.

"We also found 17 more boxes of fireworks in the house following an investigation on a 51-year-old suspect who was also arrested in the raid, ” he said in a statement on Sunday (Jan 24).

He added that the fireworks are for the local market and were believed to be stocks for the Chinese New Year celebration.

“We have also seized the lorry, which was used to distribute the fireworks. The total value of seized items is about RM160,000, which include the RM80,000 worth of fireworks and a lorry valued at RM80,000, ” he said.

He said that the case is being investigated under the Explosive Substance Act 1959 where if found guilty, a maximum of seven years' jail, a maximum fine of RM10,000 or both could be imposed.

He also urged the public to inform the authorities if they come across any illegal activities to assist them in protecting public safety. 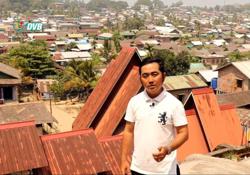