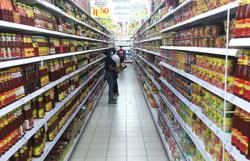 PETALING JAYA: A retailers group wants the authorities to iron out contradicting guidelines for businesses that are allowed to operate during the movement control order.

Bumiputera Retailers Organisation president Datuk Ameer Ali Mydin said there was still confusion among restaurant owners in shopping malls whether they were allowed to open until 10pm.

“Shopping malls are supposed to close at 8pm but eateries can open until 10pm.

“The relevant authorities must address such issues, ” he said when contacted.

The government announced that operating hours for restaurants and eateries were extended until 10pm.

Ameer also noted that there were different lists of sectors allowed to operate in different states.

“We received complaints from our members that some businesses are only allowed to operate in certain states. We hope the authorities can standardise this issue, ” he said.

“We will comply with the SOP set by the National Security Council and Health Ministry, ” he said.

He hoped the government would consider extending the operating hours until midnight once the Covid-19 situation improved.

He also urged the government to extend the targeted bank moratorium between three and six months.

“Almost all of our savings were used to survive the first MCO and many of our members are facing insolvency.

“We hope the government can find short- and long-term solutions to cushion the impact of the pandemic, ” he said. 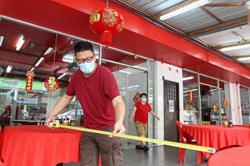