He said that the waterfall is not located within a licenced quarry, adding that the now-viral photo of the area is actually of a seasonal waterway that occurs only during a heavy downpour from a water reservoir located within the licensed area of the Segari Melintang forest reserve.

“The failure to control the soil erosion and sediment has affected the seasonal waterway, and not the waterfall, ” said Mohd Akmal.

He added in a statement issued on Friday (Jan 22) that the quarry operator had violated the requirements of the Environment Impact Assessment, which includes not appointing a certified environment officer.

Mohd Akmal added that this has resulted in the soil and sediment erosion at the project site and said that an immediate stop work order had been issued to the quarry operator on Wednesday (Jan 20).

He said all development work has been halted, and the operator has been instructed to carry out remedial work at the seasonal waterway area, which will take two weeks to be completed.

“Action will be taken against the operator for violating the conditions that resulted in the waterways becoming polluted, ” he added.

He said if the public comes across any machinery moving around the quarry area, it is due to the ongoing cleaning and restoration work.

“The state government is very committed in maintaining the sustainability of the environment, and is concerned about the rivers in the state, ” said Mohd Akmal.

On Jan 16, Aktivis Sahabat Alam (Kuasa) had reported that the once-pristine waterfall is now filled with debris from soil erosion due to quarry activities.

Kuasa vice-chairman Noor Ismady Ahmad Radzuan had said that he came across the site on Jan 14 when surveying some locations near the area for a mangrove tree-planting programme.

He had said that the waterfall was still in good condition when he was there in early December last year, and added that it was disappointing to see the waterfall - one of the biggest in the area - in such a state.

Mentri Besar Datuk Saarani Mohamad issued a statement on Monday (Jan 18) saying that the state government had instructed both the Forestry and Environment departments to check on the matter. 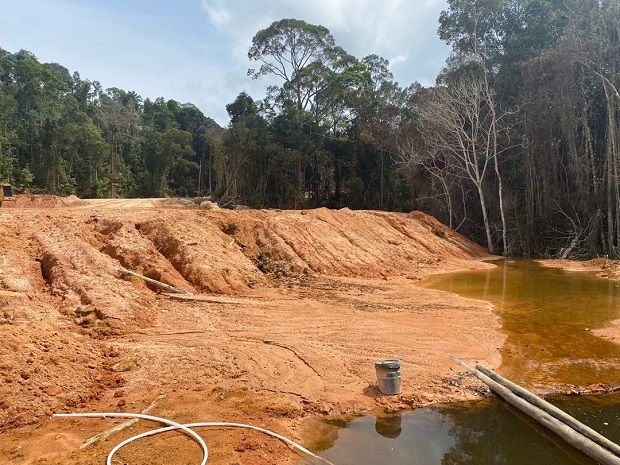 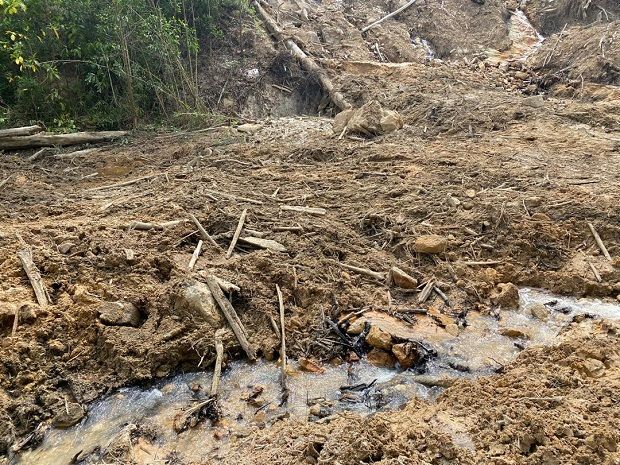