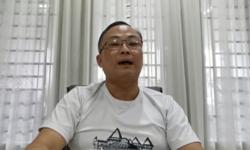 PETALING JAYA: The Datuk who was caught on a viral video assaulting a man and a woman at a hotpot restaurant here has apologised, saying that his actions were too extreme.

“I was very angry, I felt that my dignity had been challenged by a younger person,” the man who identified himself as Datuk Tan said in a video message that went viral yesterday.

Tan apologised to the man and woman, as well as Malaysians for his action.

He also issued the apology on behalf of his friend, whom he referred to as Ang Lee.

Tan said his friend had got involved because he thought that he had been hit by the young man.

“My friend then also hit the young man. Subsequently, the fight became worse and I became even more unruly where I then slapped the woman.

“I really regret my actions as I was out of control. My friend and I were also drunk at that time. I hope that the public will not involve our families in this issue as this happened on our own accord.

“I also hope that this issue will not be extended any longer as we have surrendered ourselves to the authorities. We will accept any punishment that will be levelled at us.

“Once again I would like to apologise for what had transpired. I hope everyone will be able to accept our apology, ” he said in the video message.

Tan and his friend were released on police bail on Saturday after their two-day remand expired.

The assault, which took place at Tropicana Avenue last week, was a hot topic among Malaysians as it not only involved a titled person but one of the victims is another Datuk’s son.

In two videos that had gone viral, Kwan’s son and a woman were slapped. The heated argument is believed to have started after the victims complained about the noise the suspects were making at the restaurant.