Their Majesties said they were saddened by his passing and hoped that his family would be patient and resolute in facing this situation.

“Their Majesties truly appreciate his service and deeds to society and the country and regard his death as a big loss to the nation, ” according to a statement on Istana Negara’s Facebook account yesterday.

In a Facebook post, Prime Minister Tan Sri Muhyiddin Yassin said he was saddened by Salleh’s passing and prayed that his family would be strong in their moment of grief.

“On behalf of the government, I would like to put on record our gratitude for his contribution in strengthening and upholding the integrity of the judicial institution throughout his tenure as the Lord President from 1984 to 1988, ” he said.

“May his soul be blessed. Condolences to his family, ” he wrote on Facebook.

Describing Salleh’s passing as a “terrible loss” to the country and legal fraternity, Malaysian Bar president Salim Bashir said the late former Lord President had authored two books – The Role of the Independent Judiciary, and one chronicling the events of the 1988 Judiciary crisis titled May Day for Justice.

“The content of these books highlighted his views on how a judiciary should function – freedom from fear or favour – and the Judiciary acting as a bastion for justice.

“A free and impartial Judiciary is one that acts without concern of interference or influence.

“That is what Tun Salleh Abas believed in and will be remembered for, ” he said.

“The crisis was an example of how the Judiciary should stand up to protect the rule of law and the separation of powers, to safeguard our Constitution, ” he said, extending the Bar’s condolences and sympathies to Salleh’s family and loved ones.

“He will be greatly missed.” 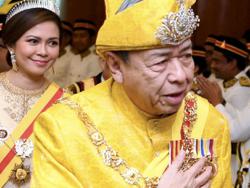