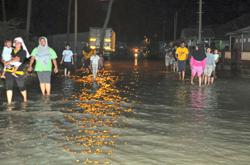 A popular seafood restaurant in Labuan suffered extensive damage after it was hit by three-metre waves during a high tide phenomenon on Jan 14. - Bernama

"It happened in the blink of an eye. We had never experienced such massive waves before.

"We could only watch and do nothing when waves struck the extended restaurant structure and washed away pieces of the wooden walkway," he told Bernama when met at the scene Friday (Jan 15).

Ali has temporarily closed the restaurant, located 12km from the town centre, for repairs.

Meanwhile, thousands of residents in the Kg Bebuloh Laut and Patau-Patau 1 and 2 water villages panicked as strong waves and rising water threatened to inundate their homes on Tuesday night.

The waters had submerged more than 30 concrete and wooden bridges in their villages. – Bernama 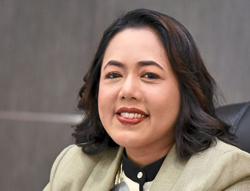 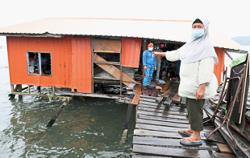