PUTRAJAYA: The Malaysian Anti-Corruption Commission (MACC) has reminded civil servants yet again not to regard power abuse and integrity issues lightly, and be responsible citizens by reporting such incidents to the anti-graft authorities.

In making the call, MACC chief commissioner Datuk Seri Azam Baki said civil servants play an important role as informants or whistleblowers in cases of power abuse so that the integrity and transparency of the public sector can be protected.

“These issues should be given attention by civil servants because efforts to clean up the negative culture in the public sector, such as power abuse must be done internally.

“The MACC urges public servants to open their eyes and ears, and alert the commission of any wrongdoings happening in their departments because they are the ones who know what is going on there, ” he said on Thursday (Jan 14).

He said that the Whistleblower Protection Act is in place to protect informants, including against inappropriate or unjust actions by superiors against a whistleblower.

MACC, assures Azam, would investigate all complaints and wrongdoings and power abuse.

He said the message by Public Service Department director-general Tan Sri Khairul Adib Abd Rahman that civil servants should be mindful of their colleagues’ behaviour to prevent corruption reflects seriousness and commitment of the civil service in wanting to put a stop on corruption and power abuse.

“It is not a secret that there are officers and staff of the public sector who have integrity issues and are involved in corruption.

“It is time that civil servants work together with the MACC so that we can put a stop to corrupt activities in government departments and agencies, ” said Azam.

Last year, MACC had arrested and brought to court dozens of civil servants, including 39 Immigration officers over their involvement in the "stamping facilities" syndicate.

Khairul Adib, in his message to civil servants on Wednesday (Jan 13) said they should no longer adopt the “mind your business attitude” but should be mindful of the behaviour of other colleagues, as not doing anything about their corrupt act would be detrimental to the country.

He said the corrupt act committed by a handful of civil servants would smear the image of the majority who had been upholding their integrity and discharging their duties in a trustworthy manner.

He also said the civil servants should not be scared or wait for any reward before exposing or lodging a report on misconduct committed by their colleagues or any other civil servants. 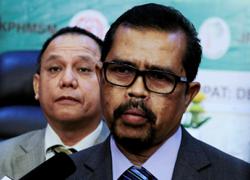 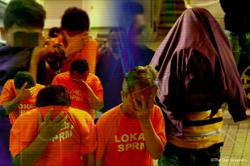