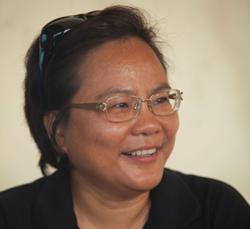 KOTA KINABALU: Sabah authorities have begun cracking down on those flouting Covid-19 standard operating procedures (SOPs) as a state minister laments that compliance rates were showing a drop in most areas in the state.

Sabah government Covid-19 spokesman Datuk Seri Masidi Manjun (pic) said that enforcement agencies have stepped up operations both at land and sea to ensure people complied with the SOPs as the state went into the first day of the movement control order on Wednesday (Jan 13).

"Our current SOP compliance statewide is about 93% and it is not good from the time we were reporting 98%," he said, adding that the drop in compliance was also reflected in the number of cases in the state.

On Wednesday, he said Sabah recorded 450 new cases and it reflected increasing trends in the state as many had failed to comply with the SOPs since the year-end holidays two to three weeks ago.

"Towards the end of December, our figures were going down to manageable levels (100 plus new cases a day) but after the festive holidays, it is going up again," he said during his daily press conference Wednesday.

Masidi said that many of these were due to direct contact with people later found to be infected.

"SOPs were not followed, I believe people became lax," he said, adding that the state hoped that with the two-week MCO they would be able to bring down the rising Covid-19 figures and bring the state out of the pandemic threat.

As of Wednesday, he said authorities at 12 roadblocks checked 6,993 vehicles and ordered drivers of four vehicles to turn back while 17 compounds were issued for breaching Covid-19 related SOPs.

At sea, he said 63 police patrols also went around in key areas in the state and informed the public through hailers about the MCO and the need to observe SOP.

The enforcement agencies also mounted 34 checks in Sabah's east coast as well as four operations along Kota Kinabalu and Labuan.

To a question on Sabahans returning to the state, he said they can come back but must undergo a swab test three days before travel.

Masidi also disclosed that Chief Minister Datuk Seri Hajiji Noor will be announcing state assistance to target groups including those in the B40 group who were affected by the Covid-19 pandemic.