PETALING JAYA: Datuk Seri Rina Mohd Harun has tested positive for Covid-19, the second Cabinet member to be infected in as many days and the third since the start of the third wave last October.

The Women, Family and Community Development Minister was admitted to Hospital Sungai Buloh at 11am yesterday.

According to her office, the minister received the result of her test on Sunday night after undergoing screening at the Putrajaya Klinik Kesihatan earlier that day.

“The minister apologises if this incident has caused any inconvenience or anxiety, ” her office said in a statement, adding that the Ministry would continue its work as usual.

Datuk Seri Mustapa Mohamad, Minister in the Prime Minister’s Department, confirmed in a statement on Sunday that he tested positive for Covid-19 on Saturday.

Following which, Minister in the Prime Minister’s Department Datuk Seri Mohd Redzuan Md Yusof and Communications and Multimedia Minister Datuk Saifuddin Abdullah confirmed they have been identified as close contacts to Mustapa and were self-isolating.

Rina attended a supreme council meeting on Jan 6 with Mustapa.

The meeting, which was chaired by Bersatu president Muhyiddin, was held in light of calls by several Umno divisions to withdraw support for Perikatan Nasional.

In KOTA BARU, Galas assemblyman Mohd Syahbuddin Hashim became the latest in a growing list of politicians who have tested positive for Covid-19.

“Abe Din and my wife tested positive for Covid-19. To all those who have had close contact with us, I apologise for the inconvenience. (I apologise to) those who are forced to be tested and might have been infected, ” he said in his post.

Mohd Syahbuddin, who often refers to himself as “Abe Din”, advised everyone to be careful as Gua Musang has been declared a red zone for Covid-19 cases. 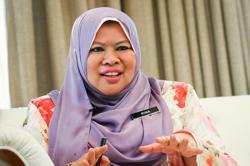 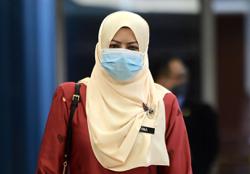