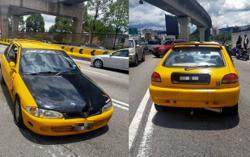 PETALING JAYA: The police believe they have solved 15 cases of break-ins at the Sungai Buloh R&R stop with the arrest of two suspects who broke into a parked car there.

Petaling Jaya OCPD Asst Comm Nik Ezanee Mohd Faisal said the suspects initially escaped with RM300 cash and a few personal documents during the incident at about 7.25am on Sunday (Jan 10).

"Police personnel managed to track down the suspects who were in a vehicle in Kota Damansara on the same day but they managed to escape by driving against the flow of traffic.

"However, police managed to track them down again at 6.50pm the same day and detained the suspect, who are aged 25 and 31," he said when contacted on Monday (Jan 11).

"The older suspect had 13 criminal records and six other records for drug-related offences. He is also wanted for a case in Bandar Baru Salak Tinggi.

"The younger suspect had four records for drug related offences," he added

A check on the suspect's vehicle led police to seize various items used for breaking to vehicles and items believed to have been stolen, ACP Nik Ezanee said.

"The suspects also conceded that they were responsible for several vehicle break-ins at the same R&R," he said.

Both men have been remanded for four days, he added. 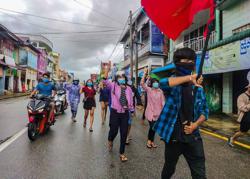