S'wak Deputy CM says not the time for snap polls, calls on Umno to back Muhyiddin

KUCHING: As Covid-19 cases continue to rise, Tan Sri James Masing calls on Umno politicians to back Prime Minister Tan Sri Muhyiddin Yassin until the 15th General Election (GE15) is due in 2023.

"What Umno MPs should do now is to give Muhyiddin full support until GE15.

"Then let those who wish to administer Malaysia seek the mandate of the people to be the administrator of this nation," he said Thursday (Jan 7).

The Parti Rakyat Sarawak (PRS) president added that political instability caused by a power struggle was not good for the country.

"As of now, it seems that Muhyiddin wakes up every morning and counts whether he has the numbers to administer this nation or will he take the risk and go for GE15 to settle the instability.

"That is not a good way to run the government. Muhyiddin needs a stable government to administer the country politically and socially," he said.

PRS is part of Gabungan Parti Sarawak, a member of the Perikatan Nasional government

Some Umno leaders and grassroots have called for a snap general election amid rising tensions with Parti Pribumi Bersatu Malaysia.

At a meeting late Wednesday (Jan 6) night, the Umno supreme council agreed that a motion to sever ties with Bersatu in GE15 would be debated and decided upon at the party's general assembly on Jan 31.

The council also took note of calls to hold a general election in the first quarter of this year, subject to the Covid-19 situation. 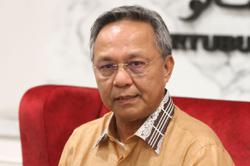 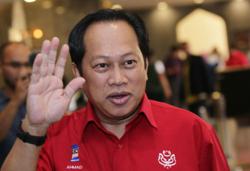