JOHOR BARU: Tedy Teow (pic), the founder of MBI Group International Sdn Bhd, is no stranger to controversy as the Penangite was in the spotlight for being involved in a virtual money scheme a few years ago and had been fined and imprisoned.

The 55-year-old is now linked to an elaborate web of scams, including Macau scams and others, through the setting up of layers of shell companies using drug addicts as directors to launder ill-gotten gains and then investing them in high-end properties in Malaysia and Thailand. Investigations showed directors in Teow’s main companies were paid about RM15,000 each monthly.

Police believe Teow, now dubbed Jho Low 2, to be hiding in Dannok, Thailand after he fled the country in January last year.

Teow founded MBI Group International Sdn Bhd in 2009 and was a key figure in Island Red Café franchise between 2008 and 2010.

It is learnt that two of his other companies, run by his two sons in their 30s, his sister and a proxy have purchased 100 units of high-end condominiums in Penang and a mall there.

Sources said the projects, which are already more than 90% completed, are scheduled to open soon. It is learnt that Teow has also invested millions in cryptocurrencies.

Besides the police, other agencies such as Bank Negara have also investigated and charged him with other cases before.

“Police records alone show he had several cases dating back as far as 2007 for cheating, assault and criminal breach of trust, ” said the sources and added that investigations showed Teow ran the money laundering while “other crime bosses” could be running the cheating part.Sources said Teow moved the ill-gotten money through layers of accounts before using it to purchase properties.

“A real estate developer only wants to sell his property. They do not care where the money comes from. So this syndicate directly moves the scam monies from many accounts to the developers’ account and then registers the property under their company’s name.

“Teow’s web of scams is believed to be not just confined to Malaysia but also overseas, including China, ” added the sources.

It is learnt that Bukit Aman commercial crimes investigations department has since formed a task force to track Teow’s activities.

Twelve suspects, nine men and three women, have been arrested after raids in Penang and Kuala Lumpur last month. Some were company directors. 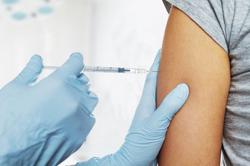