PETALING JAYA: Employers should start arranging for the mandatory Covid-19 screening of their foreign workers as the Rapid Antigen Test Kits (RTK-Ag) are readily available for the participating clinics, says Socso.

“The clinics may also collect the kits at our warehouses if they need them urgently.

“We have also placed adequate test kits in our branch offices in Penang and Sabah for collection, ” he said yesterday.

It was reported on Dec 28 and Jan 1 that employer groups such as the Federation of Malaysian Manufacturers and Malaysian Employers Federation found it challenging to send their workers for the screening due to the unavailability of RTK-Ag at clinics.

Socso has clarified that the organisation has purchased close to a million test kits and revealed that only a dismal number has been utilised.

As of Dec 27, it said only 2,385 employers sent their workers for Covid-19 screening –about 4.3% of the total companies that employ foreign workers in Malaysia.

As of Jan 2, Dr Azman said 3,324 employers or about 6% had sent 94,096 foreign workers for the screening, while the approved orders for the test kits to be distributed to clinics were 356,297 test kits.

“Socso is facilitating the Covid-19 screening of foreign workers by covering the cost of the test kits, for the first tests.

“The test kits have already been purchased and are readily available to be sent to the participating clinics.

“The delivery of the test kits is based on the orders made by the respective clinics, which are based upon the number of bookings they received from employers, ” he said.

Since different clinics have different capacity, employers should contact the nearest participating clinics to book for the screening, which can be done at the clinic or on-site for employers with many foreign workers.

“The clinics can then arrange for the tests according to their capacity and availability.

“We urge employers to start arranging for the screening of their foreign workers, ” he said, adding that all information regarding the screening and the list of participating clinics are available on its PSP portal https://psp.perkeso.gov.my.

The enforcement of mandatory Covid-19 screening of foreign workers began on Jan 1.

Human Resources Minister Datuk Seri M. Saravanan said the enforcement focuses only on the six high-risk states, involving some 800,000 foreign workers, as the directive had been announced and the programme began running on Dec 1.

The states are Selangor, Negri Sembilan, Penang, Sabah and the Federal Territories of Kuala Lumpur and Labuan.

For other states, enforcement will take effect after February. 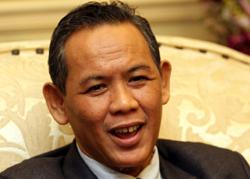