PETALING JAYA: Leaders of Muslim countries have extended their Christmas messages to their citizens as well as peoples of the world celebrating the festival.

Indonesian President Joko Widodo, or Jokowi, wished the Christrian communities through his Twitter, saying that this year’s celebration was different for the country and the world amid the Covid-19 pandemic.

“Today’s Christmas is unlike past years’ when the year-end joy still filled us all.

“The pandemic has changed a lot of things and taught (us) lessons, ” he said on Friday (Dec 25).

He said he hoped Christmas would bring “peace and safety”, and that “blessings always accompany our steps.”

“Congratulations to all Christians in the world on Christmas, ” he said in Arab on his Twitter account.

UAE's foreign minister Crown Prince Sheikh Mohammed Zayed al-Nahyan also tweeted a message, saying: “We would like to wish all of our Christian brothers and sisters in the UAE and around the world a peaceful and Merry Christmas.”

Turkish President Recep Tayyip Erdogan had earlier wished a Merry Christmas to all those celebrating in Turkey and across the world.

According to Anadolu Agency, Erdogan highlighted in his Christmas message the Turkish tradition of ensuring nobody was discriminated against based on "race, language, religion or denomination".

“We attach great importance to all our citizens freely practising their cultures, religions and traditions, ” he said.

Stressing that Turkey had been a peaceful home of different cultures and traditions for centuries, Erdogan said this reinforced the “unity and solidarity” among the county’s populace who view such differences as a “valuable asset.”

“We remain committed to building a common future in this geography by living together in peace, ” he added. 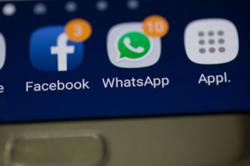