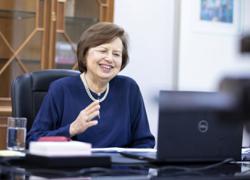 KUALA LUMPUR: They promised investors in their cryptocurrency scheme returns of up to 15% and even fooled the victims by engaging foreign “speakers” at their seminars in a bid to make them look like legitimate events.

But on Monday, the mastermind and eight of the syndicate members, including three women, were arrested in a series of police raids in Johor, Melaka, Negri Sembilan and Kuala Lumpur.

“We received 27 police reports on the investment scheme that resulted in RM4.7mil in losses.

The scheme, he added, used the cryptocurrency platform “AliCoin” and gave false promise of 5% to 15% returns from investments.

“Each investor was given access to see their so-called investment via an application.

“The syndicate also hired European individuals as speakers at seminars it organised to make them seem legitimate, ” Comm Zainuddin said.

The victims were required to buy the company’s digital currency AliCoin. Each AliCoin cost RM4.70 and the minimum investment was 10,000 AliCoins or RM47,000, he revealed.

“The victims only realised that they had been duped when they did not receive the promised returns and could not access the company’s application, ” he said.

He added that 11 mobile phones, 20 ATM cards, five luxury vehicles and RM109,594 cash were among the items seized from the suspects.

Comm Zainuddin advised the public not to fall for such “get rich quick” schemes.

“No investment would offer big returns in such a short time.

“In Malaysia, only three companies are allowed by the Securities Commission to deal in bitcoin, ” he said.

In another case, the police said they had arrested one “Datuk Nadim” and three women who were suspected to be connected to the Goldmine International investment scheme.

They were nabbed in raids in Selangor, Kuala Lumpur and Kedah on Thursday.

“We received nine police reports on the scheme involving RM930,920 in losses, ” Comm Zainuddin said, adding that the investors were anticipating 10% and 13% in returns.

The syndicate, he said, had been active from September last year until November this year.

Comm Zainuddin advised the public to use official online platforms such as the SemakMule or websites belonging to Bank Negara Malaysia and Securities Commission to check on the legitimacy of companies or investment schemes.