SEREMBAN: A 59-year-old clerk who received a call from a man accusing her of being involved in money laundering lost almost RM694,000 in a scam after revealing her online banking details.

The victim was at her workplace when she received a call from a man on Oct 27 accusing her of the crime and that an arrest warrant would be issued against her, said State Commercial Crime Investigation Department chief Supt Aibee Ab Ghani.

“The threatening call from the unknown individual frightened the victim.

“The line was then transferred to one Sjn Tan and ASP Yong and the victim was asked about her online banking details, including her password, ” he said, adding that the victim had RM363,900 in her account.

The victim was told that the information was necessary to allow the authorities to conduct an “audit” and probe the case thoroughly.

Over the next few days the victim kept receiving messages of cash being withdrawn from her account from the bank but was told by the suspects not to worry and that the money would be returned.

The victim was also asked to attend a hearing at the Tampin magistrate’s court on Dec 12.

“On the day of her so-called hearing, the victim received a call from one DSP Chew who told her to bank in another RM135,000 as her bail had to be increased.

“The victim told the caller that she had run out of cash, ” he said.

The victim finally realised that she had been cheated and lodged a police report. 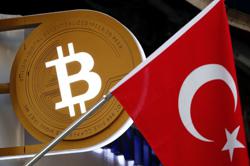