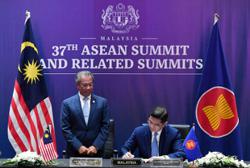 PETALING JAYA: Public health efforts to stop the spread of Covid-19 should be reflected in a more area-centric movement control order (MCO) so that unaffected areas in the Klang Valley are free, say those in the business sector.

They feel that the areas placed under the current conditional MCO are too vast covering areas with little or no cases, thus demotivating economic activities that are much needed now to stimulate the market.

Malaysia Retail Chain Association (MRCA) president Shirley Tay said instead of the conditional MCO enforced in a large district or state, the targeted enhanced MCO should be imposed in places with infections to effectively curb the virus spread upon identification.

“The conditional MCO has ravaged the retail industry to a scale that is comparable to the initial MCO.

“The control should be more specific, limited to areas affected instead of by state or district level to strike a balance between safeguarding lives and livelihoods.

“The business community is aware of the reason for putting the conditional MCO in place but for most retailers, it has reached a breaking point as businesses are cash-starved due to the movement restriction.

“We hope the government will consider relaxing the conditional MCO in key economic states like Selangor and Kuala Lumpur so that people would have more confidence to shop, dine and spend, ” she said in an interview yesterday.

As footfall at malls and retail spaces were still badly affected, Tay said such targeted control would at least allow some economic activities in unaffected areas to go on.

“As compared to June when the first round of conditional MCO was implemented, visits to malls and retailers are even less now.

“Look at the shopping centres, the footfall is reduced to below 50%, ” she added.

Tay noted that business failure would lead to loss of employment for many Malaysians.

“It is crucial that there is government intervention to protect jobs before it is all too late, ” she added.

Koong Lin Loong, who is the Associated Chinese Chambers of Commerce and Industry of Malaysia (ACCCIM) committee chairman for small-medium enterprise (SMEs), agreed, saying the conditional MCO had affected businesses although they were allowed to operate.

“Following the third wave of the pandemic, people do not go out like how they used to. Even if they do, their shopping rounds have become targeted and short.

“If such sentiment persists, the SMEs will go down the drain in no time, ” he said, adding that the authorities should impose stricter control on virus clusters to prevent spread at the community level.

While the market needed consumers to spend, Koong said the government must instil confidence among the people with targeted enhanced MCO at specific red zones instead of a wider district movement restriction.

“It is only when the people are convinced there is no community spread will they come out again, ” he said.

Weighing in, Federation of Malaysian Manufacturers president Tan Sri Soh Thian Lai said the conditional MCO left some impact on industries although economic activities were allowed to operate as usual.

“We hope the recovery of businesses will continue to be supported while at the same time, still ensuring that SOP is enforced to keep the infection rate down, ” he said.

“The industry realises the fact that there have been recent spikes in cases involving workers and thus we need to be extra vigilant to ensure the workers’ well-being and sustainability of businesses, ” Soh added.

Economists: Get the people to spend 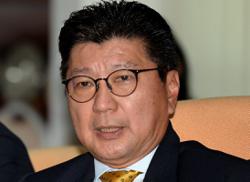