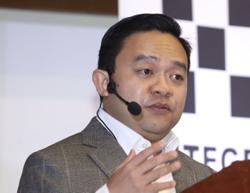 PETALING JAYA: Parti Pribumi Bersatu Malaysia will stand with PAS and other parties in Perikatan Nasional in making decisions over the Perak turmoil arising from the vote of no confidence against Datuk Seri Ahmad Faizal Azumu, says its secretary-general Datuk Seri Hamzah Zainudin.

PAS had earlier issued a statement after the vote stating that it would not support any formation of a new government in Perak.

"Bersatu extends its highest appreciation to the four Bersatu assemblymen, three PAS assemblymen, one Umno state assemblyman and two independent state assemblymen for supporting the motion of confidence for Ahmad Faizal as the Perak MB," said Hamzah in a statement on Friday (Dec 4).

The Bersatu secretary-general also expressed the party's disappointment with Umno for colluding with the opposition to support a no-confidence vote against the Perikatan MB at the Perak assembly on Friday morning.

"The Bersatu political bureau in its meeting today expressed its utmost regret with what happened at the Perak assembly.

"We note that the vote of confidence for Ahmad Faizal was rejected by some Umno and opposition Pakatan assemblymen.

"Bersatu has always held strongly to the principles of understanding each other and working within the cooperation formed by the parties in the Perikatan government which was formed early this year for the wellbeing of the people and the peace of the country," said Hamzah who is also Home Minister.

He received 10 votes in favour, while 48 voted against him, and one abstained.

The Perak assembly is made up of 25 Umno assemblymen, 16 from DAP, Bersatu (five), Amanah (five), PKR (three), PAS (three), one from Gerakan and an independent assemblyman.