KUALA LUMPUR: Former prime minister Tun Dr Mahathir Mohamad says it would be difficult for him to support allocations for the Agriculture and Food Industries Ministry without a proper explanation on poverty eradication.

While congratulating the government on increasing the ministry's allocation from RM500mil to RM1.444bil under Budget 2021, the Langkawi MP said that it was crucial to implement plans to overcome poverty among farmers and fishermen.

"I find it hard to support the budget without any explanation on how their poverty will be overcome," he said when debating Budget 2021 at the committee stage in the Dewan Rakyat on Wednesday (Dec 2).

He noted that the budget for the ministry revolved around monetary allocations but lacked any targeted improvement in existing agriculture policies to modernise small farmers.

"The small farmers, if allowed to continue with the old ways, will not be able to progress themselves.

"They will forever rely on government subsidies," he added.

He cited the example of rubber smallholders who lacked land compared to large estates and plantations.

"From the data, we should be aware that only the large plantations are profitable.

"As long as we rely on small estates, the small farmers will continue to be poor and rely on subsidies," he added.

Dr Mahathir suggested that rubber smallholders merge to form estates of at least 400ha that are managed by trained professionals.

He also said that fishermen will continue to remain poor if the government's approach is only to provide them with increased allowances.

He suggested that fishermen get involved in fish farming in a collective manner such as what is done in Langkawi.

In his ministerial winding up speech, Agriculture and Food Industries Minister Datuk Seri Dr Ronald Kiandee said that his ministry is focusing on the coming 12th Malaysia Plan on modernising the agriculture sector.

He also noted that RM60mil was allocated under Budget 2021 for the setting up of the Agriculture Technology Development Complex.

The Agriculture and Food Industries Ministry's budget was later passed by voice vote. 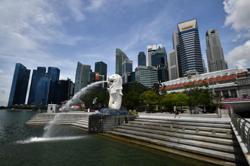