PADANG BESAR (Bernama): The mission of the General Operations Force (GOF) 3rd Battalion is still unfinished and incomplete even though their assignment of guarding the Malaysia-Thailand border has officially ended, says its commanding officer Supt Rosman Kasman (pic).

He said they are reluctant to return following the incident in which two of their members were attacked by smugglers last week leaving one dead and another seriously injured while some remaining criminals are still at large.

"The mission is complete but we leave with a heavy heart as there is something incomplete because the rest of the smugglers involved in the shooting incident of our friends are still free.

"Although all 310 members of GOF 3rd Battalion managed to complete their duties well, we are saddened by the loss of Sergeant Baharuddin who is an experienced member," he told Bernama here.

On Nov 24, a GOF officer, Sjn Baharuddin Ramli, 54, was killed while his friend Sjn Norihan a/ l Tari, 39, was seriously injured in a shootout with a group of smugglers about 600m from the TS9 control post in Padang Besar.

The next day, another member on duty at Post M16 in Bukit Kayu Hitam was injured after being shot with an air rifle, believed to be by a smuggler.

Supt Rosman said his team have done their job with honesty and integrity even though there is always the element of danger in carrying out their duties at the border.

"But members of the Senoi Praaq have carried out their duties faithfully, and throughout my assignment, I did not receive any reports involving corruption because they have high discipline and integrity," he said.

He said the honesty embedded in each member of Senoi Praaq is a "legacy" inherited from the older generations at the beginning of its establishment until today.

"The recent shooting incident proves that members of Battalion 3 have high integrity and they are not intimidated by the country's enemies," he said.

He said since Op Bersepadu was launched, major ketum leave smugglers have stopped their activities with only a few attempts by individual smugglers.

Meanwhile, he said his battalion planned to build a memorial at the location to commemorate the service of the dead GOF member to inspire other members in safeguarding the country's borders.

"We will also build a football pavilion at the GOF Bidor camp, Perak to fulfil the dream of the late Senoi Praaq member who loved football and the pavilion will be known as BahaBola in his honour," he said. - Bernama 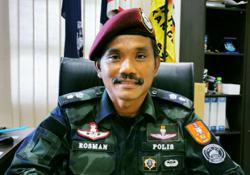 Those who spread ‘beer party’ video to be probed
New chapter in US-Malaysia ties
High-risk nature of people-centric job
Back to school – one way or another
Traders selling school uniforms feeling the pinch
First day of school – at home
Fabric face masks just as good as surgical ones, say experts
Negative Covid-19 test result required for travel to US
DBKL issues new rules for wholesale market
Daily cases top 4,000 again