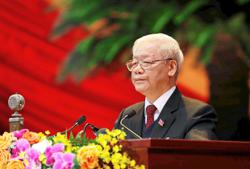 Serdang OCPD ACP Razali Abu Samah looking at some of the suspects arrested after police raided a private party at Seri Kembangan on Friday night.

Serdang OCPD Asst Comm Razali Abu Samah said police personnel raided the premises at around 11.30pm on Friday (Nov 27) and added that those arrested would also be slapped with RM1,000 compounds for violating the conditional movement control order (MCO).

"They walked into the premises and knew something was amiss, as the air-conditioning system was turned on but no one was there. We also found a bucket containing alcoholic beverages in one of the rooms," he said.

ACP Razali added that the police at the scene began knocking on walls, looking for a trap door and found a two foot opening in one of the walls.

Speaking to reporters at the scene on Saturday (Nov 28), he said that police personnel went through the opening and squeezed through a narrow path which led them to a small room.

"They found empty racks there but no one could be seen and continued knocking and pushing at the walls looking for another escape route. When they pushed one of the racks they found a trap door which led to a stairwell," he said.

ACP Razali said that the 19 people were found hiding in the stairwell, adding that the investigation has revealed that they contacted an agent to use the premises.

"We believe the group was also involved in immoral activities as we found condoms there," he said. 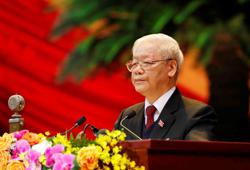