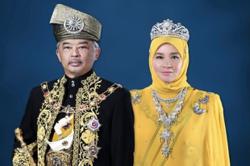 PETALING JAYA: Yang di-Pertuan Agong Al-Sultan Abdullah Ri’ayatuddin Al-Mustafa Billah Shah (pic) has expressed his happiness over the support given from MPs to pass Budget 2021 at the policy stage in Dewan Rakyat.

Comptroller of the Royal Household of Istana Negara Datuk Ahmad Fadil Shamsuddin said in a statement that the King welcomed the support for the Budget that would ensure the people’s well-being and survival as well as the country’s economic recovery following the Covid-19 pandemic.

He said Sultan Abdullah also expressed his appreciation to MPs who supported his advice on Oct 28 to provide support for the welfare and security of the people and the welfare of the country.

“Apart from the economic recovery and the people’s livelihood, Budget 2021 is very important for the government and the authorities, especially the frontliners to continue with policies and efforts to curb the pandemic.

“As the Head of State, Sultan Abdullah has great respect for every political party registered in this country.

“His Majesty also appreciates the role and mandate entrusted to the MPs in defending the people’s welfare.

“In this regard, His Majesty is very appreciative of the commitment and spirit of consensus as well as the cooperation of each party because it is important to maintain the momentum of economic recovery for the benefit of all, ” he said.

Sultan Abdullah also expressed his confidence in the government’s ability to lead the country when it was being tested by various crises. 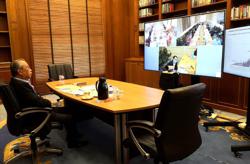 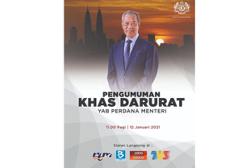