ISKANDAR PUTERI: The gloomy world economy and the challenges posed by the Covid-19 pandemic have caused the state government to dig more into its coffers to present a deficit budget to help steer the state out of the present situation.

Johor Mentri Besar Datuk Hasni Mohammad expressed confidence that the state would be able to weather the present unprecedented circumstances and bounce back with an economic growth of between 6.6% and 7.6% in 2021.

In his maiden budget speech, he said that the state would face a deficit budget of RM248.14mil in 2021.

“This is based on our income projections of RM1.60bil, while our spending is expected to stand at about RM1.85bil, ” he said during his two-hour speech at the Johor state assembly here on Thursday (Nov 26).

Hasni said that Johor Budget 2021, titled "Berdaya Tahan Demi Kemakmuran", which focuses spending on 12 main agendas, said that it was formulated with the interest of the people and in growing the state’s economy.

He said that the main catalyst which was to help propel the state’s economy included three major projects involving Johor Food Security, Johor Digital agenda and the setting up of the Johor Economic, Trade and Cultural Office (Jetco) in Singapore.

“Our economy’s growth rate will also depend on several factors, including our ability to control the pandemic, reopening of our borders, the improved performances of our trading partner and with additional stimulus packages from the Federal Government, ” he added.

He called on everyone to play a part to help in the state's economic recovery, including government agencies, private sector, community leaders and every Johorean.

“We also need the government and opposition assemblymen to also play their roles, ” he added. 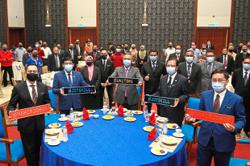 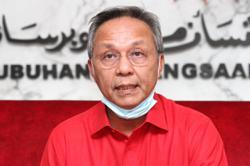