KUALA LUMPUR (Bernama): The police have reopened investigations into the death of Teoh Beng Hock who was found dead on July 16, 2009, under Section 342 of the Penal Code (Wrongful Confinement).

The Home Ministry, in a written reply on the Parliament website, informed that the earlier investigation papers had been referred to the Attorney General's Chamber (AGC) on Feb 24 and police were told to continue with the investigations.

"Police were directed to submit the papers to the AGC when investigations are completed.

"Police have recorded statements from 13 witnesses and investigations are on-going," said the ministry in response to Lim Lip Eng (PH-Kepong) who wanted to know ​​the latest regarding the case, besides the number of witnesses whose statements have been recorded, to facilitate investigations into Teoh’s death.

Teoh was found dead on the fifth floor of the Plaza Masalam building in Shah Alam after he was interviewed by the Malaysian Anti-Corruption Commission (MACC) at its office on the 14th floor of the same building.

On Nov 18 last year, police set up a special investigation team involving Selangor and Bukit Aman Criminal Investigation Department, to reinvestigate Teoh's death following a directive from the AGC on July 16, 2019 as the case was previously classified as sudden death.-Bernama 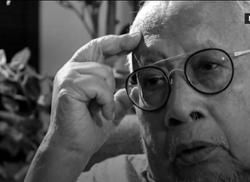