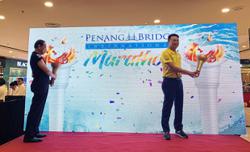 GEORGE TOWN: The conditional movement control order has not dampened the spirit of over 6,000 avid runners who are expected to take part in the first Penang Bridge International Marathon (PBIM) Virtual Run 2020.

Due to the conditional MCO, the participants have been advised to adhere to all the standard operating procedures (SOP) during the pandemic, and avoid running in a big group.

Runners are required to record their run using a tracking app and ensure the app is turned on before the run to record the distance from various destinations around the world.

At the stroke of midnight on Saturday, the run kicked off with four categories – the standard full (42km) and half (21km) marathon divisions along with 10km and 5km runs.

PBIM is one of the top marathons held in the country every year and was originally scheduled for Nov 22.

The Covid-19 pandemic, however, caused snags in the plan, not once but twice.

In line with the current trend of virtual runs (VRs) in which participants clock their individual progress using GPS trackers and submit their results to race organisers, PBIM2020 was converted to a VR in September.

VRs are becoming increasingly popular in the running world as substitutes for organised, in-person runs as it gives runners the opportunity to participate in events and set goals without having to congregate in large crowds.

The plan was to hold the VR on Nov 21-22 to coincide with the date of the initial in-person marathon and registration for the run was to close at the end of October.

The run was dealt another blow when rising Covid-19 cases throughout the country triggered a second conditional MCO on Nov 9.

In order to give participants greater flexibility, the deadline for timing submissions was then changed in the second week of November with the registration deadline also extended.

Now, PBIM2020 runners have until the end of the year to submit their runs and until Dec 20 to register for the VR, which is free of charge.

Many runners, however, went ahead with their originally scheduled runs over the weekend.

“I had already put aside some time to do the run this weekend, so I went ahead and did it, ” said a participant who wanted to be known as Amber.

The 36-year-old had participated in several PBIM runs in the past decade and was trying out her very first virtual run.

“VRs don’t have the same excitement as normal marathons but it’s the only running events we have now during this pandemic.

“I decided to try out the PBIM2020 VR as there’s no charge and I could use the event to see if VRs are something I would want to participate in in the future, ” she said.

Timings of the run finishers began streaming into the PBIM2020 platform well before the run started on Saturday, with a number of runners even completing runs in different categories before 6am.

At the end of the first 24 hours of the VR, a total of 567 timings were recorded out of a total of 6,389 registered participants.

Roughly 10% of the half marathon, 10km and 5km participants, had completed their runs while 58 out of the registered 1,280 full marathon runners had submitted timings.

PBIM chairman and state executive councillor Yeoh Soon Hin said: “Understandably, the numbers cannot be compared with the physical run due to the current pandemic situation.

“However, as a state government event, we wanted to make it accessible to more people through the zero entrance fee.”

Yeoh said anyone who wants a memento of the event could purchase commemorative T-shirts and VR medals from the PBIM website, along with other souvenirs. 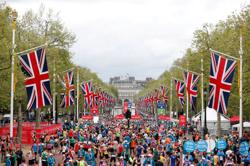