PETALING JAYA: When the Covid-19 pandemic hit the country, the first thing that came to Muhammad Nazmi Rosli’s mind was the welfare of his students.

The English and Arts teacher from Sarawak was worried that his students, especially those in rural areas, might lag behind in their studies due to weak or no Internet connectivity. 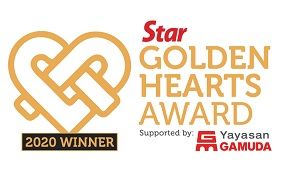 So he mooted the Homework On Delivery (HOD) initiative to deliver learning materials personally to all of his 111 students every week.

Teaching in SK Long Sukang has enabled Nazmi and other teachers to come up with their own initiatives to help their students progress in education.

SK Long Sukang is a rural school in Lawas, nestled among mountains, about 660km from Kuching.

Limitations in infrastructure have isolated the students from urbanisation and exposure to the outside world.

The situation was aggravated following the pandemic and the implementation of the movement control order in March.

Nazmi, 27, knew that with the school being closed and students stuck in their homes, the Danger Room concept could not be continued in the classroom.

The Danger Room – an experiential learning by creating simulations – was adopted by him to engage his students in real-life context and to enhance their understanding.

The concept saw him winning the 21st Century Learning Teachers Campaign (PAK21) – a campaign organised by Education Ministry through the Education Performance and Delivery Unit. “When the MCO was announced, it was in the middle of the school holidays.

“I was the only teacher left in Lawas and was stuck there since the border for the kampung was closed, ” he said.

Nazmi said to ensure education remained accessible to his students, he came up with HOD after getting approval from many parties, including the school headmaster, village chief, health and education officer.

He said there were various guidelines to adhere to such as materials must be obtained from the school to prevent any risk of transmission.

“Students were required to wash their hands before and after receiving the materials.

“Their safety is important so we must follow standard operating procedure, ” he said.

Nazmi said as the teachers were unable to conduct online classes, they decided to distribute the learning materials to the students.

He said locating all the 111 students was quite a challenge.

“Together with a school staff, we took almost two weeks to find all the students and completed the task, ” he said, adding that the learning materials were distributed to them every week until the MCO was lifted.

Nazmi said the subjects were rotated every week between English and Maths, followed by Bahasa Melayu and Science.

“I also collected their homework to assess their progress, ” he said.

Despite the long hours of travelling on bad roads, Nazmi persevered.

Each trip required him to travel almost 200km with a cost of nearly RM200.

But there was still a problem as some students had trouble understanding the homework on their own.

So Nazmi and a few teachers added a new initiative called “ruai (verandah) classroom” in the village itself.

They took turns to conduct classes three to four times a week for 58 students in Long Sukang.

“The HOD initiative requires a lot of effort, dedication and risks but is worth it after seeing them motivated to learn, ” he said.

Nazmi thanked various organisations that came forward to lend a helping hand by donating paper and ink cartridges for them to make learning materials.

He hoped the initiative would inspire other teachers to continue teaching in rural areas.

For his efforts, Nazmi is recognised as one of the 10 winners of Star Golden Hearts Award 2020, an annual award that celebrates everyday Malaysian unsung heroes.