KUCHING: The Sarawak Legislative Assembly passed a constitutional amendment to prevent non-Sarawakians from seeking election to the state legislature.

Despite objections from the opposition, the amendment was passed on the second attempt after the original Bill was tabled and deferred on Tuesday, due to ambiguities over defining “resident in the state” in Article 16 according to Section 71 of the Immigration Act.

He said the new Bill would remove interpretative ambiguities on the intent and purpose of the proposed amendment, which was to ensure that only Sarawakians could stand for election to the state legislature.

“The state government does not want people from outside Sarawak to meddle in our affairs and play any role in determining the destiny of our state.

“The state government’s Sarawak First policy is meant to ensure that Sarawak’s interests are safeguarded by Sarawakians and outsiders should not come in with their brand of politics that could destabilise our state,” he said when tabling the Bill.

Opposition lawmakers raised concerns on the new proposed definition of “resident in the state”, saying it was still ambiguous.

“We cannot define a person as a Sarawakian solely based on his or his parents’ birthplace,” he said. 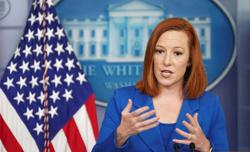