No need to use MySejahtera app when filling up petrol, clarifies Petrol Dealers Association chief 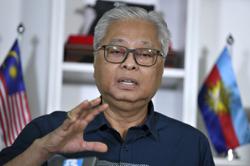 Its president Datuk Khairul Annuar Abdul Aziz said the directive that was given to them was to only register details of patrons when they enter such locations.

He clarified that there was no need to do so when refuelling one's vehicles.

“What we were told is that we have to have the QR code and temperature screening upon individuals entering the shops.

“Beyond that, there is no need, ” he said when contacted on Tuesday (Nov 10).

He said one of the petrol station owners has clarified and confirmed the matter with the Crisis Preparedness and Response Centre (CPRC).

“Another thing is that it is dangerous to be on your phone near the fuel pumps. So, for safety considerations, it is not practical to do that.

“For self-service machines and infrastructure, there is no need to scan the QR code, ” he said.

An email written by the CPRC, sighted by The Star, responding to an enquiry about the matter also clarified that individuals only need to scan the QR code when entering a premise.

“Brief encounters such as refilling oil at pump stations or when making payments do not require the MySejahtera app to be scanned, ” the email read.

This comes following a viral audio clip of a man who alleged that his father was slapped with a RM1,000 fine because he did not scan the MySejahtera app when refuelling his vehicle. 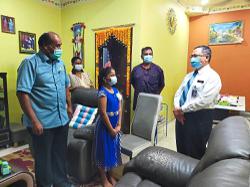