Ayda and Nabil to tie the knot on Jan 1 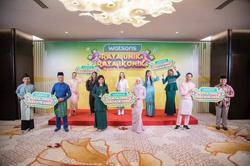 POPULAR actress and singer Ayda Jebat and her fiance Nabil Mahir have announced that they will be tying the knot on Jan 1.

According to Metro Ahad, Nabil, who is also a host, said the date was chosen as it was easy to remember their anniversary.

“Ayda is the type of person who has a hard time remembering dates. Hence, that is the main reason we chose the easiest date so she will never forget.

“When she gave me the date, I asked whether she really can’t remember anniversary dates and she just laughed, ” he said.

“At first, we were not even friends but just two strangers taking pictures together. The second time we met, she invited me to join her on stage to dance.

“After two months, she sent me a direct message just to chat and I think we know who started flirting first, ” said Nabil.

The report also mentioned that Ayda and Nabil got engaged online in April due to the movement control order.

> Members of Malaysian girl group Dolla are proud that they have started to garner more attention and support from fans in Malaysia and other countries, Berita Minggu reported.

They are famous for their debut single Make You Wanna.

Six months after making their debut, the four young lasses comprising Sabronzo, Tabby, Angel and Syasya become the talk of the town when they received international media attention comparing them with popular Kpop group Blackpink.

“We cannot deny that when the international media compared us with Blackpink, our name soared as more people started to know us.

“We didn’t expect Dolla to be compared with Blackpink as they are a huge name in the international media industry.

“We felt so proud hearing it and it is such a great honour for us, ” said Sabronzo, spokesperson of the group. 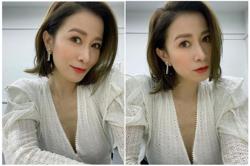