KOTA KINABALU: Residents in red zone areas, especially those under enhanced movement control order (MCO), are urged to give their full cooperation to health and security personnel.

This comes after a short video clip showing a houseowner getting into a heated argument with the authorities as he was not happy that swab tests were being conducted outside his house.

In the 43-second video clip uploaded on YouTube yesterday and which has garnered more than 23,000 views, a team of health officials in full personal protective equipment, policemen and soldiers can be seen outside a house.

A man, believed to be the owner, can be heard saying things like “this is my house, why make it difficult for me and my family?”, among other things.

Another man, who seems to be a soldier, can be heard talking to the owner before starting to shout at him.

The exact words used in the heated exchange are unclear in the video.

Tawau OCPD Asst Comm Peter Umbuas said the matter actually happened a few days back at one of the Felda Umas areas.

“Based on information gathered, the health officials and security teams had gone house to house to find those who have yet to undergo swab tests as many did not turn up at the designated swab centre at a community hall, ” he said.

Instead of waiting at the hall, they decided to search for the targeted groups directly.

When they reached that particular house, they tried calling out and greeting the owner but there was no response.

After some time, neighbours came out to ask if they could take their swab tests there, as the compound was bigger.

Seeing that people had started to come to them, the health officials decided to proceed with the swab tests.

“However, the owner came out not long afterwards, asking what they were doing and that conducting swab tests at his house compound was not right and that he did not agree to such activities, ” said ACP Umbuas.

He said the authorities tried to explain why they did the tests there but the man did not seem to want to cooperate or understand.

“A soldier, who was part of the observation team, tried to ask the owner for his understanding but lost his cool and started shouting at him, ” he said.

ACP Umbuas said there was no need to find fault as the matter had been settled amicably.

“This is part and parcel of what we go through on a daily basis. There are many other different cases we encountered but let’s not talk about them, ” he said.

“What is important is the cooperation from all parties to break the chain of transmission.”

The enhanced MCO has been implemented in some areas in Tawau, Lahad Datu, Kunak and Semporna. 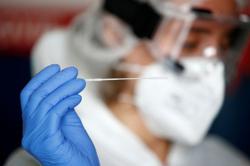 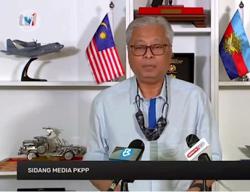