PASIR PUTEH: A labourer who was charged with murdering his eight-month-old son has been ordered by the Magistrate’s Court here to be sent to Hospital Bahagia Ulu Kinta, in Perak, to determine his mental status. 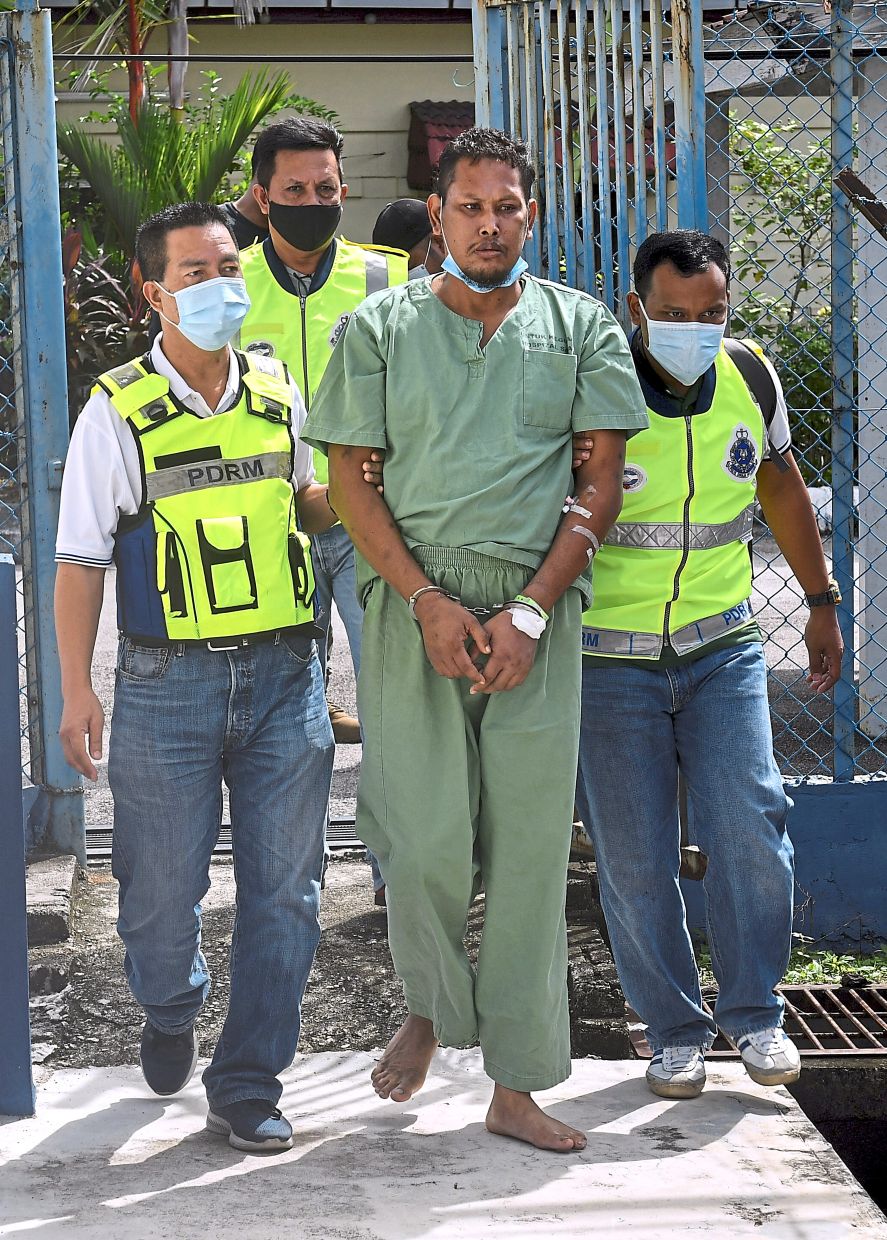 Charged: Wan Roslan being escorted to the Magistrate’s Court in Pasir Puteh for causing the death of his eight-month-old son. — Bernama

Magistrate Mohd Dinie Shazwan Ab Shukor made the order following a request by lawyer Muhamad Izwan Ishak, representing Wan Roslan Wan Mustapa, for his client to be sent to the hospital for mental observation.

Muhamad Izwan yesterday also applied to the court to set a date within a month for mention of the case and submission of document, pending the autopsy and psychiatric reports.

The court then set Nov 24 for case mention.

Earlier, Wan Roslan, 40, nodded after the charge was read out to him, but no plea was recorded as the case comes under the jurisdiction of the High Court.

He was charged with murdering Wan Mohamad Afiq Zafwan Wan Roslan in Kampung Sungai Dua, Repek, Bachok, at 10 am on Oct 13.

The charge carries the death sentence if found guilty.

Wan Roslan was also charged under Section 324 of the Penal Code with voluntarily causing hurt using a broom on his wife, Nor Hanifah Mohamad, 32, at the same place, time and date.