IF this isn’t confusing, I don’t know what is. I woke up to see a message from the National Security Council (NSC) that all workers in red zones who needed to travel to work must take swab tests.

The text, which I received at 1.30am, stated the workers would also need to get letters from their employers to facilitate their travelling to the office.

The confusion has not ended. It looks like a classic case of the left hand and right hand of the government not knowing what the other was doing.

I think my sentiments are shared by many Malaysians, and I dare say these include family members and friends of our ministers too – if not the ministers themselves.

On Tuesday (Oct 20), we were told that the government’s work from home (WFH) directive was not a suggestion or a proposal, but an order.

Senior Minister Datuk Seri Ismail Yaakob (pic) said the firm decision was made to limit the movement of people to contain the spread of Covid-19.

He said workers who had to work from offices or fields and from areas declared as red zones had to undergo swab tests.

The directive was supposedly to take effect today (Oct 22). It led to a mad scramble as employers rushed to find out how they could get their workers to be tested in barely 48 hours, and in many cases this involved hundreds, if not, thousands of staff.

And no one was clear which sectors would be involved, or whether essential services would be exempt.

Many hospitals, I found out, were not keen on this as they had their patients to handle for pre-surgery cases, so the practical option was private clinics and laboratories. But by then, the cost had shot up to over RM340 for each swab test, from an earlier RM260.

It was only later that we were told that the Social Security Organisation (Socso) would foot the bill for its contributors.

But those swab test results are only good for three days, while a negative result does not mean the person would be free of Covid-19 in perpetuity.

In less than 24 hours, the government did a U-turn and said that the WFH directive would now be only applicable to government servants at the management and supervisory level who need not be in the office, and industries registered under the International Trade and Industry Ministry.

Only foreign workers at construction and security guards must take swab tests, while those working on-site in red zones were merely “encouraged” to do so.

No one can explain if this directive is aimed at workers who work in red zones or who live in red zones, or whether it is now optional.

Next, we were told that management and supervisory staff should WFH and only be allowed at their workplaces for four hours from 10am-2pm for three days a week. But employers do not need to submit applications for this.

Seriously, this is a mockery and it sounds like this policy was drawn up without any input from the private sector.

It’s almost certain that this proposal will be disregarded or ignored, or people will just WFH anyway.

And why is this applicable only to those at the managerial or supervisory level? It smacks of discrimination or little understanding of the role of supervisors, as some are required to be hands-on and not just walk around with their hands behind their backs.

There are also many companies whose staff are almost entirely of managerial status, or so small that one wonders how such a proposal can be carried out.

Then there is the logic of spending only four hours on site.

No wonder cynical Malaysians on social media are taking a dig at the suggestion that one can spend as much time as one wants at night markets, shopping malls, eateries and even the gym, but there is a time restriction for working in offices or on sites.

If the movement control order (MCO) was efficiently carried out in March, it was simply because it was straightforward. All of us just had to stay at home and were only allowed to buy essential items. Roadblocks were set up and inter-state travelling was banned.

Now the number of Covid-19 infections is higher than in March, yet the government is reluctant to use a firm hand because everyone fears that if a strict MCO was to be enforced, it would be disastrous for the economy, or would even sound its death knell.

Most of us would prefer that any form of lockdown be confined to affected locations.

But we are making what seem like half-hearted decisions that are in danger of becoming half-baked ones, unfortunately.

Even the police had to be apologetic and say that no roadblocks had been put up to restrict travelling within Petaling Jaya when fake pictures went viral.

The ban on inter-district travelling in Selangor is also not seriously enforced, let’s be honest. As long as there are no visible police roadblocks, we can be sure that many of us would be non-compliant.

In any case, in some instances, it does not make sense. I live and work in Petaling Jaya but Taman Tun Dr Ismail and Bukit Kiara, Kuala Lumpur (KL), are just across the road.

So, am I violating the law if I travel to KL, or for that matter, from my office in Section 16, Selangor to Bangsar Shopping Centre, KL, which is just down the road?

After all, ordinary folk like us fear flouting the law and being slapped with a RM1,000 fine as we are not bigshots. (We will come to that later).

For many working people in Selangor, it is almost impossible to impose the no inter-district travelling restriction because most of us live in various districts and all the most populous residential areas in the state are red zones now.

Malaysians are in a furious mood and rightly so. We have had enough self-serving politicians who are only interested in fulfilling their ambitions – we have had four water disruptions in a month and now we have to listen to leaders who can’t even get their act together.

If that is not enough, what message are we sending when Plantation Industries and Commodities Minister Datuk Mohd Khairuddin Aman Razali is let off the hook for flouting the mandatory quarantine rule on the technical grounds that he was not issued the 14B form to undergo quarantine?

The Health Ministry, in short, did not do its job because he was a VIP or it forgot to ask him to fill one up. He didn’t bother to ask for one and we should believe that Khairuddin did not know he had to quarantine himself – a regulation imposed by the government of which he is part.

Incredibly, this “innocent” politician was fined RM1,000 for breaching the Prevention and Control of Infectious Diseases Act 1998 (Act 342) on Aug 7 and also said he would forgo his salary from May to August. He also apologised to all Malaysians.

This is going to be a long haul as the pandemic won’t go away so soon.

It will make a difference if our leaders would just focus their attention on their responsibility to serve the people, instead of watching their backs or their seats. 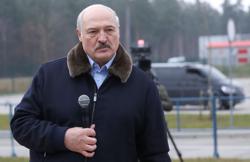