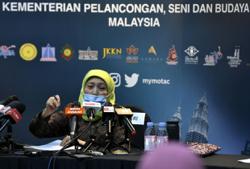 PETALING JAYA: The work-from-home (WFH) rule which applies to those in management and supervisory roles is a “form of discrimination” against non-managerial staff, says the Malaysian Trade Union Congress.

Its Selangor and Federal Territories division secretary Mohd Faisal Husin said the directive for only 10% of those in managerial roles to work on-site was discriminatory.

“While we can understand the rationale for the WFH rule under the present circumstances, what is unacceptable is the discrimination practised by the government.

“The net effect of this ruling appears to be the health and lives of managers and supervisors are more important than other staff.

“If it is aimed at reducing the spread of Covid-19, there should not be any form of discrimination in the first place, ” he said in a statement on Thursday (Oct 22).

Faisal also said the directive issued for workers to transition to WFH was “both vague and difficult to follow”.

“From what has been announced, the WFH instruction in conditional movement control order zones lacks clarity and has generated a fair bit of confusion among workers.

“The management also appeared to be confused on how to implement the order.

“The recent directives from the National Security Council (NSC) have been constantly changing so much so that many are not clear as to the actual intentions of the government, ” he said.

Faisal also questioned the change in directive, in which workers from red zones are only now encouraged to undergo the Covid-19 tests, with only those displaying symptoms mandated to go for swab tests.

“We question the practicality of this measure as those who show symptoms should not be even on the road, let alone turning up at their workplace.

“Those who do not have symptoms but are from red zones must undergo mandatory tests periodically at clinics mandated by Socso and paid by their employers.

“This would be a more effective way to avoid new clusters without disruption at workplaces, ” he said.

Faisal raised concerns whether red zones would have sufficient capacity such as clinics and labs to conduct the tests.

“How long will the validity period of an initial negative result be, for practical purposes? As we know, people can contract Covid-19 after undergoing the swab tests, ” he said.

He urged the NSC and the ministers involved to issue a clear set of standard operating procedure.

“The NSC must come out with an FAQ on these relevant matters before imposing all types of restrictions, some of which may not be practical, ” he said.

He added that all those who have to go to office would be required to undergo swab tests for Covid-19.

A day later, the government cleared up the confusion by announcing that the directive only applied to civil servants and industries registered under the International Trade and Industry Ministry.

He also said only foreign construction workers, security guards and those with symptoms need to take swab tests, while the rest were encouraged to do so.