SEREMBAN: The Sekolah Agama Rakyat An Nur in Bandar Springhill, Port Dickson has become the second school in Negri Sembilan ordered to closed Thursday (Oct 22), after a Covid-19 case was reported there.

State health exco S.Veerapan said the school will be closed for seven days.

The state Islamic Affairs Department has sent a letter to the school authorities informing it of the decision.

Despite the closure, teachers are to continue providing online lessons.

Earlier Thursday, the authorities had ordered Sekolah Tinggi As-Sofa in Senawang near here to close for two weeks after several students tested positive for Covid-19.

Veerapan said the authorities were still finalising the number of positive cases.

"We have a few cases at the school.

"The Health director-general will announce the exact number later today," he said.

It is learnt that the health authorities began screening the students on Oct 20 after a male student tested positive.

More than 80 students were screened, followed by another 70 the following day.

It is learnt that the positive cases have been sent to Rembau Hospital.

Yesterday, the health authorities had ordered SMK Tunku Besar in Tampin to close for a week after eight cases were reported in the district. 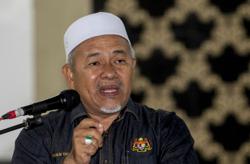