According to court evidence heard during a gambling trial in Singapore in 1956, it was said the number game evolved from a story of a schoolboy in Kedah who put his bicycle up for a raffle draw five years earlier.

The boy had put up 100 units of two-digit tickets sold at S$1 each for the bet.

The winner with the matching number would get the bicycle.

This led to the start of the 2D lottery and subsequently to the origin of 3D betting before the 4D game was introduced.

The 4D betting became popular among the Chinese community in Singapore and Malaysia when it was first introduced.

Gaming expert said the odds of winning a 4D number was one in 10,000 while the probability of striking a jackpot with two sets of numbers, which is offered by many operators now, is one in 16,666,667. 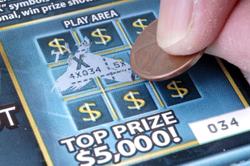